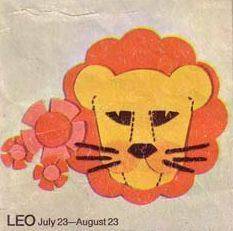 I am in a relationship with an Aquarius and I am having a huge amount of trouble getting him to open up and communicate more.

He often says people are always getting mad at him, but the thing is, when I get pissed at him, it’s because I think he can do better! For instance, tonight we were supposed to have dinner with his dad but he decided to not go… and he didn’t tell me. He said he thought it had been implied but when I asked how, he said he didn’t know.

I just want to know how I can get this guy to be more communicative.

Trying to Have a Relationship
Thailand

You’re not going to be able to get this guy do “better”. He could do better but he does not want to do better. With his Sun, Venus and Mercury in Aquarius (never mind an Aries Moon), this guy is going to do whatever he wants to do. And it seems to me he has no interest whatsoever in changing his MO about this or probably anything else you can possibly imagine, merely because someone wants him to.

As a matter of fact, considering his Mercury in Aquarius is square Uranus, I am sure he gets a rise out of rebelling and provoking people, especially via his communication (or lack of it). And this energy is so pronounced in this man, I would go as far as to say if you don’t like it… if you don’t like being shocked (which is a reasonable thing) then I would say you have the wrong man.

If you think you have the right man, then I would immediately quit bothering to tell him how you want him to communicate. When you do that, he had no choice but to jack you up. It’s his nature.