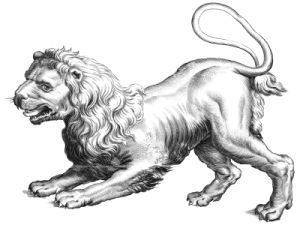 I am dating a Scorpio man who is ten years my senior (he is 53). We have had a good relationship for the past 5 months – it has been loving, intense sexually, and there have been moments I feel as if I am falling in love with him. My friends have all noticed how happy I have been, until recently.

We often joke around with each other, but in the past week his jokes have taken another tone, and have gone from harmless to harmful. We’ve been talking and he claims that they were just jokes and he would never intentionally try to hurt or belittle me.

It’s disturbing to me because it appears as if he doesn’t remember or want to take responsibility for what he says. He seems genuinely stunned when I call him on his less-than-lighthearted jokes and even questioned me as to why I’d want to be with someone who would intentionally hurt me.

I think he is a genuine person, but I’m extremely confused about his recent behavior.

It is impossible for me to know for sure what is going on here. Your man may be pulling away from you or playing some Scorpio “torture” games but it does not necessarily seem this is the case to me.

His question, “Why would you want to be with someone who would intentionally hurt you?” is a good one and it may very well be genuine. I know I would ask the same thing if I meant no harm and someone I was dating claimed I was hurting them but continuing to date me. He is essentially challenging you to look at your own behavior, which is actually a good idea.

A good idea but potentially disturbing and so you feel disturbed and I don’t blame you but look here:

Leo Sun aside, you have Mercury conjunct Pluto in the twelfth house and it is a safe bet that you go deeper than you think you do. You have the Black Moon Liltith conjunct your Moon as well (think dark feminine) and I think this guy may be tapping into parts of you that you are divorced or disconnected from, which is a Scorpio forte.

His bafflement over this situation might also be real because I don’t care what they say, a lot of what Scorpio does is unconscious so I hope you get the gist of this.

You can certainly run and if you don’t meet another Scorpio, then all good. But if you do continue to attract this challenging energy then it might be a clue you explore your darker thoughts and feelings and for the record, astrology suggests this is the direction in which you are headed.