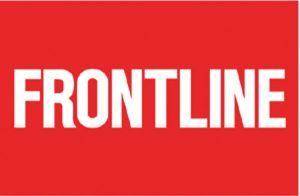 I called my daughter this morning, she was with my ex. “Ready for this? Want to do this… meet this guy?”

“Yes, I’m looking forward to it,” she said. I was surprised.

The producer called a few hours before we were supposed to meet to ask if we could hook up earlier as he had another family he wanted to meet in the afternoon. We were able to accommodate him and is reinforced something I had already noted. That is that this is going very fast.

Last year this same doctor recommended my daughter for a national study… and I interviewed for that three times over the course of some months only to be turned down. This on the other hand has gone very quickly. It had barely been 24 hours and we’ve already met this guy and apparently sold him… according to my daughter that is.

I asked her as we were leaving, “How do you think that went. Think we’ll be on there?”

“It went well,” she said. “Yeah we’re getting on. He said we were awesome like twenty times.”

“Oh yeah,” I said haplessly like some kind a stupid Capricorn. That confidence of mine, it comes and it goes.

Anyway, if they choose us they will follow my daughter around some… probably to her yard sales or dog walking jobs and my son will also be included which brings another strange twist into this.

When I dropped off my daughter, we told my son it went well and he would probably be on TV,

This is when he reminded me he was interviewed at the airport by the local news because his plane was late and about a week earlier, at the reservoir, (along with my daughter) just for being kids playing by water on a hot day. It is hard to miss the trend, huh?

Anyway, my kids are both very comfortable. I am not at all comfortable but can see it’d be in my best interest to follow suit so I will try. I will also try not to swear on Frontline.