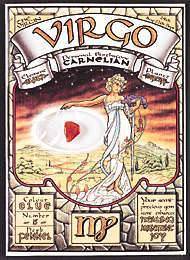 I’ve been in a long distance relationship with a Leo for the past 6 months (we have been friends for 3.5 years). We had a fight about 2 weeks ago and he just ended it right then and there. His reason was the distance and he also said that I didn’t make him “weak in the knees” enough to move to be with me. I was so devastated… still am. It literally came out of nowhere and has been so hard on me since we were friends for so long.

After the initial break up, I waited 5 days and still hadn’t heard from him, so I decided to call him to check on him. He broke down in tears and said that he was so happy I had called and that he had wanted to call/email me for some time but didn’t know how. We talked for about an hour and I hinted at us working it out and seeing one another again. He said he needed some time to think about it and we decided to talk the next night. I was so excited that he wanted to talk and was almost certain that he wanted to get back together.

The next night, he called me right after work, but I didn’t answer. I called him later and tried being breezy and sweet only to be interrupted by “we need to talk”. I said okay, and he said, “I can’t do this” I said, “what?” and he then said, “the distance thing.” I don’t believe him because the distance was never a problem before that and he was the one who pushed for the relationship to begin with.

I am so heartbroken right now and haven’t heard from him since. I thought this was the guy for me and that we would someday be married. We had even discussed that before and were really very in love. I am not sure what happened, but I keep thinking he will come back… will he? Is there any chance? Or have I lost my best friend forever? Ugh…I feel awful without him and I think he does too. What should I do?

I feel very bad for you. I wish I had better news but I don’t think this guy is coming back. I don’t know why he changed his mind about the relationship and I don’t think you are going to get him to give you a straight answer either.

This is not necessarily because he is secretive or wants to withhold something, though this may be the case. He may embarrassed or ashamed of his reason. Perhaps he met someone else he is interested in and does not want to admit it or feels it would hurt you if you found out.

It could be something like this but it could just as easy be that he just isn’t feeling it the way he has in the past and the reasons why that may be are endless, and not necessarily related to you.

He could be falling into a depression, seeing his energy sink for example which would make it harder to maintain a relationship at a distance. He may in a process of evaluating his life and come to discover his path is going to take him in an alternative direction. I could go on and on with the possibilities but it’s pointless. Fact is he’s left you in a terrible mess. You’ve been abandoned with no real explanation and anyone who has ever experienced such a thing can tell you the level of havoc this can wreak, so my effort will be focused on trying to help you limit the damage.

Now that you can think about this, you’re going to have to because you won’t be able stop yourself but ultimately you are not going to be able to resolved it in this way. To resolve this in your heart and mind and soul you will have to transcend him, and the situation at some point and I know that sounds impossible but it is not.

Final transcendence of the experience sounds something like this: “We were in each other’s lives for a reason and we are apart now for a reason. And though I don’t know what that reason is, I am sure it is a good one.”

And after you say that to yourself, fall back on your faith: that thing inside you that knows things always work out for the best… eventually.