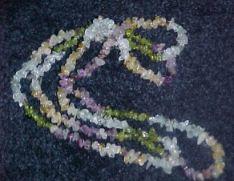 If you’re a heterosexual woman it’s very good to talk to a gay man about men because nobody understands men better than homosexual man. This is just a fact. They know a zillion men, they are a man and they sleep with men. How are you going to top that?

I asked him what he thought the problem was and he said I got into a man’s un-comfort zone.

“Yeah?” I said, not sure what the he was talking about.

“You’re kidding?” I was surprised. Ben and I were close friends and had been for a dozen years.

“There is nothing you can do. This is who you are, you challenge everyone. That is who Elsa is. Some people are more comfortable in their un-comfort zones than others and these are the people who are going to want to be around you…”

So now it’s all these years later and it’s pretty typical that it takes me 10 years or so to understand something. And what I understand now is that I love to be put in my un-comfort zone because it forces me to become comfortable there and when that happens, it expands my life. I can now be comfortable in a space I previously had to avoid for whatever reason and the net result of that is increased freedom. My world… the space I get to live in is increased and this makes me ultra-gleeful.

How do you react to the stimulation of being challenged? Where is Jupiter in your chart?

*pictured… that’s my Jupiter necklace. It was a gift from a reader. Thanks, Lilly.