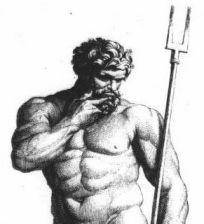 Recently I worked with a young woman who was wrestling with the possibility of pulling the plug on her entire life.   Do you know what I’m talking about?

I’m talking about a person who is seen as this or that…a stable person. A moral person. A devoted wife.  But then they come to believe or to actually see that their entire life is a lie.

They want to pull the plug, because they know how much pain their actions will cause. But they also can’t say that it’s not the right thing to do.

Is it not possible to marry the wrong person? Of course it’s possible.

For example, there is the battered woman who calls me now and then. If she leaves her husband, who beats the crap out of her, her family will shun her or worse.

It takes a lot of courage to do this in some cases. Because some doors swing one way and one way only. Some things are irrevocable, this is a fact of life.

I told this young gal to think about what she was going to do, long and hard and deeply. To check every dark corner, not once but twice. Because she’s going to pay a price no matter what she does. To best get through something like this, you’ll want to anchor as deep as possible.

Personally, I’ve had to do this more than once.  If you do make this choice, count yourself lucky if you have even one friend who sticks with you. It’s best you know this up front.

Have you ever pulled the plug on your entire life(style)?