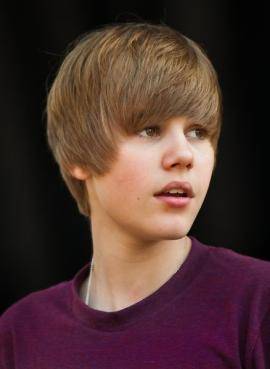 I have ten and thirteen year old girls, so I know who Justin Bieber is. I’ve also heard comments about Bieber and his popularity from my adult peers. Most of those comments fall into the category of disdain for what is popular and mainstream but some veer into an intensity that is surprising. It reminds me of the Barney bashing (purple dinosaur) that went on among adults when my oldest was little. You’re past adolescence and abhor Justin Bieber? I’m SHOCKED. Grow up, it’s not meant for you.

Extreme popularity attracts negativity to some extent but Bieber appears to elicit a particularly visceral response. My grown son also has Pluto rising in Scorpio and I’ve seen a similar dynamic play out in his life. Any job he interviews for, he gets. However, such a powerful presence also attracts an immediate contingent of secret adversaries bent on taking him down.

Bieber, like my son, is also the child of a single mother. With his Pisces sun in the fourth house, conjunct the nadir and his venus, Bieber is notably protective of her, defending against rumors affecting her reputation as well as his own. With his Libra moon in the 11th house trining an Aquarius Mars in the third he is well-equipped to accomplish this, lightly and with grace.

Bieber may seem to have fluffy appeal but he works it to strong advantage. In addition, Bieber’s 12th house Jupiter is a fortunate measure of protection from secret enemies. Whatever the haters have to say, I seriously doubt this kid is a flash in the pan. 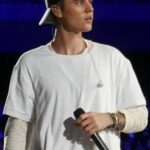 Popularity: Venus, Mars And The Ascendant