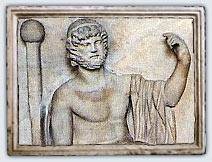 Jupiter is in Cancer now. It’s high-functioning in the sign of it’s exaltation and I’m seeing the effects of this all around.

Jupiter is about opportunity and expansion. It’s considered a benefic planet and while I could argue about the rightness of this all day, today I want to talk about downside of this bastard!

Jupiter flings open doors. For example, I have a long time client who recently moved countries to live and work for a year. This has opened her up to all kinds of expansion.

I have an Indian client whose older brother is to be married in a traditional style. He has a role in this, and family responsibilities tied to his brother’s engagement. This has opened a door and exposed him to a new realm of experience.

If I sound like a baby who does not want to advance, let me be clear – this could happen to you.

For example, how about you go to the doctor and get yourself a nice cancer diagnosis? What are you going to say? Yippie! Now I get to go into this world of chemotherapy! Now I get to learn all about the waiting rooms of doctors and how to make appointments for blood tests?

It’s expansion all right, but not a class you’d be likely to sign up for, if given a choice.

Guess what? I learned a lot when I was forced to go to court all the time for three years. I was expanded all right. But I was horrified, simultaneously and I just want to bitch about this today.

If you like your Jupiter transit, gratitude is in order. Personally, I would like to close some of the doors that have been opened for me. I struggle to acclimate to this new land.

One more example.  How about those tourists that go on an exotic vacation and wind up kidnapped and held captive by terrorists? That’s a Jupiter experience as well, ya think?

With Jupiter in Cancer, chances are, a door as been flung open for you.  Are you liking the expansion in your life? Am I the only one, not that keen on hurtling through space, as bombs fall?  Just wondering…