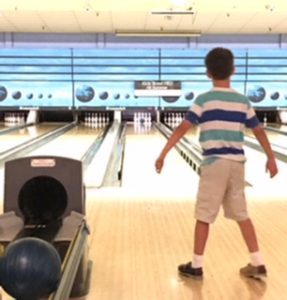 Jupiter increases whatever is present. People seem to have this idea that Jupiter is fortunate. Well, if what you have is fortunate, Jupiter will increase that fortune. It also increases misfortune. Jupiter inflates.

When we had Jupiter in Libra it brought attention to partnership issues by exacerbating them. Now in Scorpio, perhaps it will bring attention to the challenges we face where we share something with others: property, taxes, sex, custody, also shadow and and shame. But where we have excellent energies, it will also increase!

In the movie Shaun of the Dead, first there were relationship issues, then there were zombies. But they were challenged to master the issues together. This sounds about in the same vein.

From Shaun of the Dead:
Liz: It’s just that with Ed here, it’s no wonder I always bring my flatmates out, and then that only exacerbates things.
Shaun: What you mean?
Liz: Well, you guys hardly get on, do you?
Shaun: No, I mean, what does ‘exacerbate’ mean?

We start out with the Sun and Mercury also in Scorpio and Venus soon to follow. That’s really going to exacerbate things! In a good way, I think. There are plenty of players to pitch in.

Think of Jupiter in the zodiac as 12 lanes of bowling. Each year or so, Jupiter moves down one lane. Each lane is a house or sign in your chart. When you have planets there, Jupiter is the ball that comes flying down the alley and sends those pins skittering. If you’re playing the game. Sometimes you miss and hit the gutter… or the next lane… or your foot. But you get another throw. There’s usually a retrograde period in there – so I guess that’s the spare.

How do you react to bowling? Do you only celebrate when you get a strike on the first throw? It’s possible to adjust your strategy to have a good time no matter what happens. It’s a game. Jupiter is a game too. However high the stakes, life is a game. And Jupiter increases whatever reaction you have. So maybe have a good one.

Where is Jupiter transiting your chart?