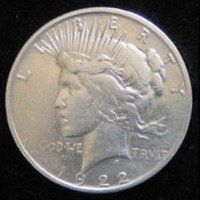 Libra is about balance and relationship. Saturn is exalted in Libra. Juno is associated with both Libra and Scorpio. If Saturn is the judge, with a little bit of imagination Juno can be the jury and executioner. That’s a little harsh but Juno can be the feminine equivalent of Two Face in Batman, the paragon of commitment and loyalty or hella scary.

Over the next few months Juno is on a fact-gathering mission for Saturn. Saturn’s not exactly sitting on his hands either. When Juno hits Libra they confer. When Juno and Saturn, both direct, conjunct at 17 degrees Libra, the degree where Saturn went retrograde, that’s the trial date. It happens to be the 18th of September. Nine days later is the new moon in Libra, with Saturn, Juno and Venus conjunct, the sentencing date? Juno is known for relationship timing.

Go ahead and dance like no one is watching, sing like no one is listening, etc, but be aware that they are, and that the tape may show up in evidence.

What house is Saturn transiting in your chart? Can you see where this energy will play out for you?