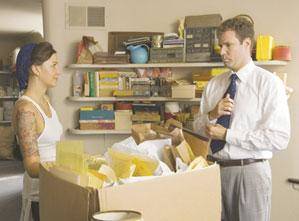 “You intend no doubt to give me nothing, and are not aware the gift has already been received. Curse me then, and take away the spell. For I am rich, no cheap and ragged beggar but a queen, to rouse the king I need in you.”
–Alice Walker, The Gift

Juno, the asteroid, is associated with marriage and commitment. Juno the Roman goddess is daughter of Saturn, wife of Jupiter and mother of Mars (war) and Vulcan (fire). Does any of that sound touchy-feely? As the daughter of Saturn she embodies the feminine manifestation of commitment. Politically correct or not, that is most often associated with marriage.

As with anything that brings up gender, it’s best to look at it as an archetype. People ask, “Well, if it signifies the wife, what does it mean in a man’s/woman’s chart?” I like to look at it as significant in describing the nature of what the yin part of you looks for in a yang counterpart. Male and female are physical constructs; I’m talking archetypal energy patterns. I’m talking about recreating the myth with your own players picked from your own life.

Juno is the mythological archetype of the yin energy in the marriage, the attractor, the receptive. Her counterpart, Jupiter, is a god, powerful, bigger than life, immortal, but not infallible. Juno is not less than; she is a goddess. Being Saturn’s daughter control and commitment are issues. No one controls Jupiter. Juno finds in Jupiter a yang match for her yin power. When your Juno placement meets its Jupiter match, things will not be “swell”, but they will be balanced.

When Jupiter thwarted Juno’s committed nature (cheated) she was brutal to his conquests. It brought out the ugly. A Juno match is one where you see your ideal counterpart to balance your committed nature, but this can also bring out your seriously dysfunctional issues when thwarted in the relationship. If you can stand apart, you can see how this can be ultimately growth-producing. “The One” is also the one who brings out the worst in you. However, if you can tackle these issues and move through them, the growth is enormous. It is here you can see Saturn the father: Do the right thing and reap the benefits (or burn it all down and lose).

Juno in the natal chart, by sign, house and aspect, shows the nature of the “Jupiter” you seek. This is also reflected in what you seek to balance this nature in other ways, other areas of life. It’s not so much “You complete me” as it is “You bring out the issues in me that I must address in order to feel whole.”

Juno does not signify what you are “missing” or what they have to offer. Juno shows where the impetus lies to commit to a partner for the purpose of completing your growth.

So for example, I have Juno at zero degrees Leo in the 12th house. Do I want to marry a Leo? A Pisces? A drunken actor, imprisoned royalty? Well maybe, but I also see more complex patterns emerge. People with Leo and Neptune prominent in their charts raise issues that move me toward completion much more quickly than those who do not. People who have planets or angles that aspect my Juno do this as well. The Juno attraction, my Juno, brings me into contact with people who will challenge me in ways I need to be challenged. But the side effect of this that is so wonderful is the magical feeling of attraction itself. It’s like catnip! Or doughnuts. It’s the blissfully hypnotic lure. It gives us a reason to follow that call to grow. It is what gives you that feeling that they’re “The One.”

Get your own personal Asteroid Report.

Where is your Juno?