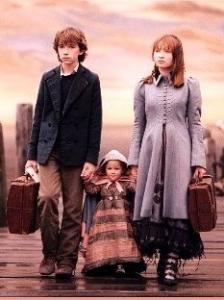 Venus in Scorpio is aspecting my Saturn Moon today. Due to varying Pluto Venus-type connections there’s been a lot of talk recently about “corpses” returning. Today the corpse was me. Of course with Mars transiting my 12th house I was able to keep it under wraps. Shhhhh! This all happened internally, in secret (12th house). No one was harmed by me, but me. The 12th house is also the house of self-udoing.

Elsa told me, more than once: Pisces likes to confess. So here’s the deal. I spent the early afternoon looking at the charts of people I have amputated (Pluto) for cause. I was looking at the charts with a judgmental heart (Saturn Moon). I was looking for a common theme among them. Specifically I was looking to see if I could pinpoint a reason they appear to fare well even when I think they stink. I was actually able to come up with some similarities. But here’s the thing: instead of feeling better, the more I discerned, I felt worse.

I remembered a set of two plaques we used to have in the powder room when I was a kid. One had angels, one had devils. One said, “What is moral is what you feel good after.” The other said, “What is immoral is what you feel bad after.” Those mottos are arguable (and imagine facing them as you sat on the toilet every day as a kid) but what struck me was that whatever I was doing wasn’t making me very happy. So I stopped. I decided digging into other people’s business with malicious intent doesn’t feel good to me. So it must be bad for me. I had been using my Saturn Moon to judge others, and it felt bad. I turned my judgmental Moon on myself, and stopped, and I felt better, a lot better and the more time goes by the better I feel. I know from personal experience with a Moon wrapped up in Saturn and Pluto that if you don’t stop digging when it feels bad you can turn into territory where you lose that sensitivity. Your pain/pleasure signals get mixed up, and then how do you protect yourself; how do you know what’s right?

The most righteous judgement is employed on oneself, controlling oneself. It’s good to go back to the source (yourself) if you feel growly.

Dug up any corpses of your own lately? Have you had to face being the corpse yourself?