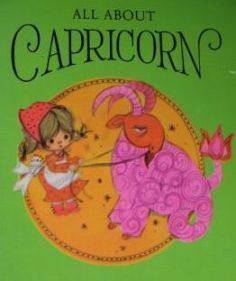 For about a year now, I have been the focus of a very sexy and mysterious Scorpio male’s gaze. As a Capricorn I have found the whole situation intensely intriguing and recently approached him saying I couldn’t ignore him anymore. He was delighted and so was I.

A week after I had propositioned him which was the next time I saw him, I had my male cousin visiting from out of town. We are very close and also very tactile. I made sure my cousin was well settled at the party then shimmied over to Mr. Scorpio for some get to know you time or so I thought. I was met with the coldest gaze as he continued his conversation. I waited but when he was finished, he walked off in the opposite direction without acknowledging me. Then he planted himself next to some girl I knew he had no interest in.

All of this is obviously a huge misunderstanding. Knowing he is a Scorpio, I would never try to make him jealous once I had expressed an interest. Given the chance, I would have told him I had my cousin visiting.

Fast forward to a week later, we go to the same party every Friday night. This particular night I allowed myself to look at him, he was looking back and I was feeling hopeful that we would be able to move forward from the week before. Oh was I wrong. He proceeded to schmooze with every girl in sight even bringing them right in front of me so I could get a better view. I stayed calm and cool, allowed myself to look then would continue chatting or dancing which would have infuriated him – but I didn’t know what to do!

Is it all lost? This behavior is so unlike him, he usually sits in the order and observes everyone, especially me. He was acting like the life of the party which is more my style, at least among close friends. How can I get him to come round? He probably won’t believe that that guy was my cousin. I understand Scorpio’s need for revenge; I have been on the receiving end in the past. Has he lost interest? What can I do to make him give me another chance? I know it sounds crazy that this is what I would want given his attitude and the fact that we haven’t even been on a date but the connection is really strong. I didn’t realize the potential but I guess he did and that’s why he is so vengeful.

You don’t make a Scorpio do anything. He’s going to do whatever he wants and at the moment it seems that he wants to play games. Do you want to play games? Personally I don’t like games so I’ll tell you what I would do… and what you might do. And then you, like him, can do whatever you want.

I would approach him directly. I would tell him I was interested in him but not interested in bullshit and see what he had to say. If he could not or would not answer this direct question, I would consider him unfit for a relationship. Because I like to connect and if I can’t connect – if you can’t or you won’t let me in – then I don’t care how smoky and mysterious you are. At that point you are no longer interesting, you are a waste of time.

So that’s one way to play and here’s another: Take your energy off him and see what he does. The last thing that is going to impress Scorpio is your weakness. So for Godsakes don’t subjugate yourself. But if you take your energy off him completely, he will either come to you or he won’t. And if he does, I would recommend you be very candid about how the games bother you. This is assuming they bother you, which is a probably a wrong assumption!

What I really think is going on here is this: You are both very game-y. He’s running his game, you’re running yours and when two people are game-y like that, it’s virtually impossible for anything to come of it. Both of you are trying to control, manipulate or trump the other person and I am sorry but ultimately this leads nowhere.