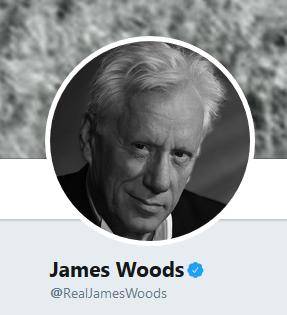 James Woods is actor and an popular and outspoken conservative. He currently has 1.43 million followers on Twitter – @RealJamesWoods. I saw someone wish him a happy birthday and I got curious about his chart.

Regardless of what you think of the man, his chart is striking and he’s clearly living it to the max.

Check it out: Click to see the chart full size.

I see Saturn conjunct his ascendant which explains why he presents as a conservative but what’s really wild his is ninth house.

He’s got his Sun in exaltation (Aries) and Mars in it’s natural sign, tightly conjunct Mercury. He’s bound to challenge people with his views.  Having Mars and Mercury in the ninth house myself, I certainly understand.

The Pisces in his chart insures he’s got compassion.  Venus is exalted in Pisces.

Pluto in the first house, along with Moon and Venus in the 8th house and Jupiter in Scorpio give him his intensity. Regardless of what you think of his views, his commitment to his principles and the courage he shows in expressing them is impressive.

James Woods is one to watch, this years. It’s his Jupiter return and Uranus is conjunct his Sun in his Solar Return.

I did peek at his solar return. He has Moon and Venus conjunct in Taurus, trining Mars Pluto conjunct in Capricorn. That’s SOLID. I’m not sure where he lives but it’s likely he has a solar return Virgo rising which will give him a Grand Trine in Earth. A person could do a lot worse!

What do you see in this chart?