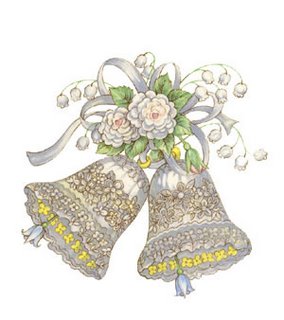 “Is there a wedding happening???? sorry to be nosy.”

I presume you mean the soldier and I? Yes, we a planning to get married as soon as we can provided he can get me to do it. We plan to get married when he gets vacation but he’s not holding his breath and I can’t reassure him because I really am broken on this front. Things just come out of me and I swear it’s not intentional!

For example, his son is coming back to the states pretty soon, so perhaps it’s more important they see each other – “We can get married anytime,” I told both of them with a straight face.

And then a couple days ago the soldier hurt his knee.

“Sounds like you need knee-replacement to me,” I quipped, teasing him for his age. “I guess we’ll have to take you in for surgery on your vacation,” I said with a wedding not even in my consciousness.

“NO! DAMN IT PANIZZON, I KNEW YOU WEREN’T GOING TO MARRY ME! WE’RE NOT GETTING KNEE SURGERY – YOU ARE MARRYING ME…” he dropped his voice to normal. “Dagnamit, P. I knew you were going to try to avoid this. You’re goin’ do it to me again. Damn you, P, damn you – why won’t you marry me?”

I couldn’t even answer him because it’s not even conscious. I just automatically try to avoid (Neptune) marriage (Venus).

However, I am intending to marry him very soon and as far as I know, I mean it and regardless of that, I will never leave and on this front I am certain and he has faith as well. I just don’t know how to do that bride thing… the whole thought of it = day of horror. I’d rather dig a ditch, I’ll tell you that.

As far as I am concerned I am already married to the soldier. I would actually like to marry him in the real sense but have no idea how this might be accomplished.

“We can’t invite anyone,” I told him a couple months ago. “What am I supposed to say? Come to my wedding… travel there on the off chance I have one? You can’t do that to people…”

I realize people plan these things to the nth degree and actually manage to marry on a day they set a year in advance but how this is accomplished is outside my realm.

I tell you people I am from the desert all the time but I really don’t think you understand. 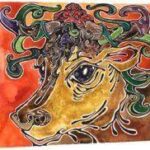