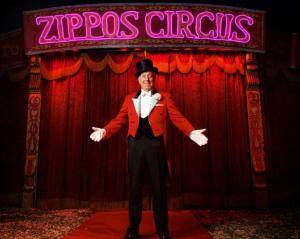 There’s currently a thread in the forums called “Distaste for Show Offs.” It’s a fun thread, and it dovetails well with something that I’ve been thinking about for a while. With the current pile-up in Aquarius, is showmanship out of vogue?

Showmanship is all Leo, which is the sign that opposes Aquarius. Aquarius is more concerned with communities and humanity as a whole. One thing I’ve noticed in several communities that the people who attempt to exalt themselves and their own image are being dragged down by the collective, while those that support the group as a whole are praised. Some of the people being taken down certainly deserve it! But sometimes it feels like the crab-bucket effect, in which crabs in a bucket will pull down any other crab who tries to climb up and escape. I’m not one to rail against “cancel culture,” but there’s a difference between accountability and communities turning on their own.

But I also see that people with real, original ideas are often ignored if their ideas don’t fit within the framework that the group has decided upon. For instance, there is always tension between different schools of astrology. Right now much of the tension is between modern and traditional Hellenistic astrology (my own practice incorporates techniques from both schools). Traditional astrology is currently en vogue, and if someone expresses anything too modern, especially if they are also promoting their business, HOO BOY do things get heated. You’re allowed to express yourself as long as you color within the lines.

In the US, we’re coming off of 4 years of a president with Leo Rising. Setting aside the politics for a moment (please!), there’s no doubt that he was a pure P.T. Barnum-style showman. For some people that has created a distaste for that kind of brazen self-promotion, while others were obviously left wanting more.

From where I’m standing, it feels like the pendulum has swung so far in favor of Aquarian energy that we may run the risk of overdoing it. Every sign’s energy can be harmful if allowed to operate unchecked. With Aquarius, what we gain in community we lose in self-expression. What we gain in equality is lost in creativity. But at the same time, what we gain in self-exaltation, we lose in community! There has to be a balance! But right now, it seems like the world has lost its taste for Leonine style.

So I leave it to you!

How do you feel about showmanship?

Do you appreciate a little razzle dazzle?

How do you feel about the abundance of Aquarian energy?

Do we need more balance, or should we run with this Aquarius phase as far as it will take us?