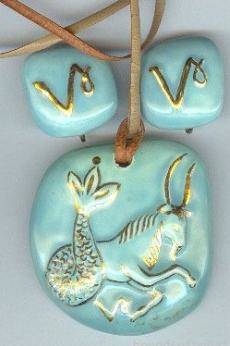 Do you think it’s generational? Cheating is more accepted?” I asked my husband.

“Well, yeah it’s more accepted. Back when I was young it was not accepted. Like if I’d have cheated on you when we were teenagers, I’d have been berated for it.”

I was shocked. ‘Really?”

“Hell yeah. Speedy?” He named his other friends from back in the day. “That would not have been tolerated at all. It would have been looked down upon,” he added to clarify. “Someone would have said something.”

“Yeah, well none of the people I knew were like that. We were in missiles. We were a bunch of intellectuals. You can’t be a dummy and do our job but really it was just different back then and if I’d have cheated on you, someone would have said something about for sure. They’d have not liked it nor approved of it.”

“Well, I’ve never really been around men like that. I mean there have been some. I have had men like that in my platoon but I never hung around them. I never respected them either,” he added.

I agree, while people have always cheated it is more prevalent and accepted these days but I think there are still exceptions. For example I bet my son is not a cheater and my husnand’s son is also not a cheater either. It’s obvious his wife has nothing to worry about it.

Here’s the thing that gets me: Everyone seems to want a relationship like Patrick Swayze has. Or like Paul Newman had, or like Paul and Linda McCartney had. Do you think these people got these relationships by letting other people penetrate them?

And here’s the other thing that gets to me: Why do people think just because they have an experience – EVERYONE has the experience? Don’t you notice like attracts like? How do the pot smokers always find each other, hmm? Did the soldier not find another soldier, in the gym? Did he not find another stand up man? He did!

Not everybody does “it” whatever “it” may be. You may do it and your friends may do it but I may not do it and chances are the people in my circle are going to be like me.

Personally, I don’t like men to flirt with me. It drives me right up a wall. I go the gym, I want to work out and I do not want to entertain flirting men. I am not flattered or anything else by the attention, as a matter of fact I am annoyed beyond belief and if I didn’t have Libra I would punch them right in the nose for wasting my time.

I don’t think they are interesting… in fact I would rather watch tv then stand there and endure some guy’s flirting and seeing as I have not watched tv in… a decade, that ought to tell you just how boring I think it is.

I am not trying to piss anyone off. I am just trying to show people there are other points out there where human beings live and thrive that are very remote from their own locations and or realities.

As my friend, Ben once said, “This is a big world. Surely there is enough room for someone like me…”

Saturn says to Uranus, there may be a group mind. But some of us are going to maintain our integrity regardless of what the people next to us do.

By that I mean, you all are free to flirt and be non possessive or anything other thing you may want to do but I am going to be very possessive and maintain a closed relationship even if it is out of style because to me, this is the only way I will ever get and have the things I covet.