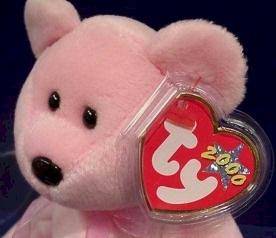 A couple of years ago, blogs became a very big deal. Everyone and her brother was writing a blog. But the whole blogging phenomenon seems to have died down a lot recently. Is there anything astrological that could explain this fad?

~~
This is out of my realm of expertise but I’ll offer my thoughts and if we’re lucky, some other astrologers will offer their views in comments. First, I’m not sure I agree that blogging is a fad that is dying or has died down. I don’t think it’s a beanie baby thing. Now that was a fad.

Back when everyone was collecting everything there were a bunch of planets lined up in Taurus, the sign that rules “possessions” and is known horde things and hold on to them forever. Just ask my son, a Taurus who wants to save the Spiderman packaging his underwear came in.

And because it is “as above, so below” when all these planets were stacked up in Taurus, everyone was hoarding “stuff”. Women my age were lined up early in the morning to buy the new bean bag toy and people were greedy too….another Taurus trait. 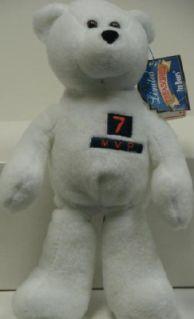 For example, here in Denver, they gave out these beanie babies at a Broncos game, free with the price of a ticket and people were scalping them outside the stadium that night for $1000 and up! And get this. Some people wouldn’t sell, lol!

So anyway, I did see this one coming. And I wrote about it. How when planets moved on this fad would unravel and it did. And I remember the day I knew it was over. Martha Stewart, who was showing like items grouped together to decorate, started showing clear surfaces. Uh oh!! And right behind that, Feng Shui started getting mainstream, the Fly-Lady came on the scene, etc. And next thing you know, we’ve all got out garages stuffed to the rafters and we’re thinking, what was I thinking when I bought all this shit?

But does this describe “blogging”? I don’t think so. Blogging is essentially self-publishing. Publishing is a Sagittarius thing. You know. “Go tell it on the mountain”. Blurt out your truth! So I would look at Pluto’s transit through Sagittarius to describe and explain the blogging phenomenon. So what’s that mean?

Well, with Pluto things “erupt”. For example, when Pluto was in Scorpio (sex, death, taboo)… it was all about incest and repressed memories. This stuff was on the cover of every magazine. You could not escape it.

Then came AIDS. Another eruption. And here’s my point.

I think blogging has erupted like a volcano. And the lava flies, right? But when it hardens the way it does, the landscape is altered. Did beanie babies alter the landscape? No.

So there you go. Blogging is not a fad. I think it’s here to stay. What do you think?