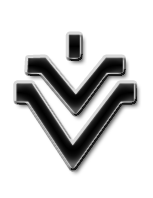 The asteroid Vesta is associated with the mythology of the ancient Vestal Virgins and both Scorpio and Virgo. Prominent Vesta in the natal chart is associated with the importance of sexuality, at both extremes, abstinence and promiscuity. It is not a sexuality devoid of morality but a sexuality charged with a higher dedication. Sex takes on an importance that is sacred in some regard.

Sexual energy channeled elsewhere is a powerhouse. Vesta is not necessarily about sex, though it can be. Vesta in the chart, at its simplest, is where that deep energy is devoted to a higher purpose. In antiquity, Vestal Virgins tended the fire in the temple, and Vesta is associated with the hearth and the constant fire within. Because of this it is most straightforward to look at the Vesta position to note what a person holds sacred, the center of their fiery devotion, the hearth they tend and protect. Vesta shows where you are dedicated.

The sign of Vesta will show the dynamism, the flavor of one’s devotion, while the house position will tend to outline the areas of life in which it is focused. A Cancer Vesta will strongly feature home, mother and feelings. In the fourth house this might be a private, inward devotion, someone who focuses on the homefront, as opposed to the Cancer Vesta in the tenth house who might make a career of these types of things, like a Martha Stewart.

Share your Vesta placement, if you dare! Do you prefer the fiery devotion side of an interpretation or can you see the sexual energy expressed as the sacred?