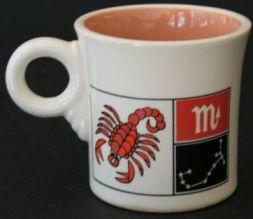 Saturn in Scorpio will be in mutual reception to Pluto in Capricorn during this transit. This has got to be a real boon to anyone willing to work (Saturn) with dark energy (Scorpio), or anyone who wants to come to terms with their shadow and deal with reality, even it’s putrid.

I want to think about this some more, before making pronouncements. This is not a light subject and I’ve just got to drop down a few more degrees in order to address this properly. Being Saturn-ruled, I’ll be taken to deeper realms, automatically so it’s just a matter of waiting to land there and then looking around and describing what I see.

One thing you can do for insight, is look back at the last time Saturn was in Scorpio.  That would be 1983-85, roughly. Even if you were born during these years, consider the time you were born into.  What were things like then?  If you are older, what happened back then?

Personally,  Saturn in Scorpio hits my midheaven (and Neptune).  The last time Saturn transited Scorpio, I changed careers. I had been tending bar for years, from the time I was 15 years old and I became very disillusioned by it.  You might say I figured out what alcoholism was but in any case, my ability to work in a bar dissolved. I got to a point where I wanted to send customers away just as soon as they sat down which a definite impediment to success in the field!

I wonder if I will change careers now. While it’s possible, I don’t really think it’s likely. Astrology doesn’t hurt people the way drinking your ass off all day in a bar does. I had two customers kill three people back then, while drunk…and some other stories. Luckily, I was not serving these people when the accidents happened but that didn’t matter. I knew if I didn’t get out, it would only be a matter of time before someone did kill someone on the beer I had served them, so I got out.

That anecdote right there, embodies the energy of Saturn in Scorpio.  One way or the other, you are going to encounter death and loss and endings of various types.

This does not mean things don’t end well.  You may be at the bottom of the well for a time, but eventually you do come up.  I never wanted to be an old lady tending bar so if this was the method by which I avoided that fate, I really can’t complain.

What do you remember (or know) about 1983-8, when Saturn transited Scorpio?