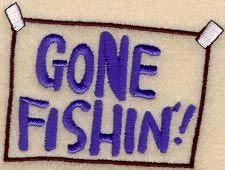 Archer17 wrote on A Man Who Set Out To Cause Me Anguish: “I’d love to hear what the process is in growing a thicker skin. Because that is something that is hard for me.”

I have blogging about astrology for eleven years. At first I was extremely sensitive. I  was afraid of just about everything and I cried A LOT.  I can’t even say for sure that people were hurtful. I can only say I was hurt.

I responded by shutting down my blog. Back then I had the ability to disappear my posts (Saturn Neptune) which is exactly what I did at least ten times.  You’d come to my blog one day and it would be flush, vibrant, and thriving.  The next day, there would nothing there but my “gone fishin” sign.  Not too professional!

Each time I did this, I had no intention of returning. The fact was, I wasn’t a professional. I was a single mother with a sick child, writing for escape and release and various other sundries. I wrote to help people,  because as time passed there was less and less I could do for my daughter and I thought if I helped another person’s daughter, someone might help mine.

That’s fine but the fact is I was very fragile and profoundly (privately) stressed, in spite of how I came across on the Internet (Mars conjunct Mercury).  I was a bit like an accident that was going to happen and it took years for me to slowly toughen up. It was definitely a Saturn process in that I was not airlifted to the summit, but I can tell you how this occurred on the chance it helps you.

First, I started out afraid of a million things.  Over time, that became a half a million. In some cases the thing I was scared of happened and I survived it. In other cases, I gained confidence.

In the beginning, I really didn’t know if I was a lousy astrologer or what. I was not one of these cocky type people you see writing. I was humble and trying my best to help people, or to entertain them or whatever. Five years later, I had helped quite a few people and slowly come to understand I didn’t suck, regardless of the constant chorus telling me I *did* suck.  You can see how there is a big void there, HUGE, and it slowly filled itself in…the hard way. Shovelful by shovelful.

Other worst fears were realized. Someone altered pictures of my children and sent them to me…blood all over them.  This kind of thing is horrifying.  It’s meant to terrorize you and it’s effective, at least to an extent. I didn’t react to that specific thing as bad as I might have but it’s this kind of thing that makes a person just not want to put themselves out there on the internet.

I eventually got down to 200,000 fears and then 50,000 fears but the next thing that really helped was when, satori cracked this nut for me.  I was always whining to her, see?  Why are they so mean? I really wanted someone to save me. I wanted someone to defend me and could not understand why no one did.  Did they enjoy seeing me attacked?  But then one day, satori told me that maybe people stood by and watched because they thought I could defend myself. She said I was seen as having prowess, which was of course, news to me.

But this sounded right.  Realize the Internet has changed over the last decade.. It used to be, anything goes.  Trolls ruled.  So I realized I was acting like a child. I wanted someone to save me when in reality, I’m dangerous myself once you wake me from my delirium.  I decided at that time to do the unthinkable – fight back.

This worked well enough that when I moved to this domain name, I vowed to never remove a post. I have kept to this for the most part. I have had to remove some posts that my husband told me could get me targeted to be kidnapped and tortured, and various things of that nature, but I did retire my “gone fishing” sign in 2005.

As to why I did not quit, people would tell me that if I quit “they” would win, but this never resonated with me.  I’m a lot more independent than that.

I didn’t quit for the same reason I do everything thing I do. It’s because I feel I should. If I think I am supposed to blog, I will blog. If I think I’s supposed to write a book, I am going to write that book.  If I think I just let it sit on ice for 6 or 7 years after I finish, I will do that as well.

I chock this up to the same Mars Mercury conjunction you see evidence of on a daily basis. My conjunction is in the 9th house (religion, beliefs and spirituality) and I am driven by my beliefs.  Basically, I am operating in Jupiter realm of the higher mind and there is protection there.

Have you ever been through a process that toughened you up?