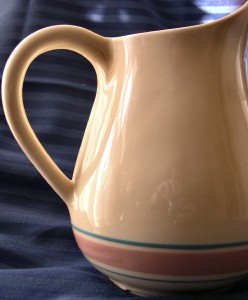 In the comments on my previous post, Venus Aspecting Pluto In Synastry And The Composite, CassandraNoelle asked, “you always hear about the obsessive/possessive traits regarding venus/pluto in synastry, and I guess (although it’s clear that in the harmonious aspects they will clearly be LESS pronounced, than the harder aspects) I was wondering who would feel these so-called negative traits more…venus or pluto?” I am a mud-wrestler of semantics. I think by using more precise language we promote a better understanding of the ideas we wish to illuminate. I think I may be able to answer your question by changing some of the word choices in your question and explaining why I did so.

“It’s clear that in the harmonious aspects they will clearly be LESS pronounced than the harder aspects.” I think they may appear more pronounced because they are more agitative. I don’t think the energy itself is any less charged. It may appear more noticeable because it is less easily integrated and requires more energy output to do so.

CassandraNoelle also asks, “Who would feel these so-called negative traits more… venus or pluto?” Here I think that feel could be replaced with experience. When we are talking about interaspects between one person’s personal planet and another’s outer or generational planet it’s most likely the one with the personal planet that experiences the effect most individually. Pluto moves so slowly that anyone born in a relatively large time period will have a similar Pluto position and therefore aspecting your Venus. So in this case it would be likely to be you experiencing the effect. However, you are interacting with another human being and this energy is present in the relationship between you.

So here’s the redirect via semantics: Venus doesn’t feel. Venus likes; Venus finds things appealing (or not). The moon feels, or rather represents the feeling nature. When there is an energy present between you, such as Venus aspecting Pluto, while it is your aesthetic nature hit with the energy, you both are human beings with unique moon signatures (feeling natures). How you each feel about the energy in the interaspect will be reflective of your own moon. Perhaps it’s your Venus and his Pluto but the way each of you will FEEL about the experience has to do with how each of you FEELS in general.

Someone who is very sensitive or reactive by moon signature (the sign, the house, the aspects to the moon) may feel more strongly than one whose moon is less permeable. In Man of La Mancha, Sancho Panza says, “Whether the pitcher hits the stone or the stone hits the pitcher, it’s going to be bad for the pitcher.” For that reason it may sometimes appear that the outer planet person is the one who receives the energy in the interaspect. What is really being observed is their secondary reaction to the energy between you.

How would you answer this question?