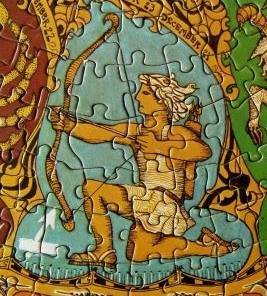 I am in love very deeply with my best friend. We have an intense connection; he reads my very thoughts in detail. He is unlike no one else I have ever known; his every movement fascinates me.

My feelings have not waned for him in the slightest since I’ve known him, despite him telling me I feel more like family than someone he wants to date. I figured out recently that the reason I can’t let go is that he keeps pulling me in. I think, well, this isn’t going to happen, and he draws me back in closer until, for all intents and purposes, we are in a relationship, only without the label and the sex. He is uncomfortable with that topic in general for other reasons. It’s like he gets all the benefits of a relationship without the hassles or the responsibilities. I want so much to call him on it, but I don’t know how; I know he will be defensive and maybe angry. I can’t even tell if he’s doing this on purpose or he’s just that naive.

My intuition tells me he has cards he’s not playing, but I can’t tell what they are. He’s only been in one other relationship, and it was rocky and difficult; he may have no idea what he’s doing. I tried moving on, and am actually dating someone else. So now, of course, we go through trouble in our lives together and he’s closest of all, and seems to be using my dating as an excuse not to confront the new extra closeness. He knows I love him. I just don’t know what he wants from me, his actions don’t seem to match his words. He behaves differently toward me alone as opposed to among friends. He is much more formal in a group but even then, people notice we interact differently with each other than we do anyone else. Waitresses often split our group dinner checks incorrectly.

I know it’s not fair to myself to try to maintain this closeness under the guise of friendship when my very soul keeps getting sucked in, but to cut him off is to cut off an arm. I feel my whole life is stuck, my career, my heart, my health… I’m just floating. How do I sort this out?

I have never seen someone who could diddle themselves this profoundly. Seriously. You’re 30 years old, and you’ve got a man who has never managed a relationship in his life. He tells you point blank he’s not interested in you, he has never touched you and yet here you are convinced every breath he takes is special… the rise and fall of his lovely chest sends you into the stratosphere! ::shakes head:: I don’t get it. You should have been a romance writer, but outside of that, there is nothing here.

For example, he’s not pulling you in. You’re going in and blaming him for your action. You can’t do something and hold another person responsible for it. Well you can, but it’s not going to get you anywhere.

And as for his getting benefits of a relationship without paying some phantom price for them… whose fault is that? Who is giving him the benefits so who should we blame?

I’m sorry. But there is nothing here but a bloated 5th house, Neptune-in-Sagittarius fantasy love affair you are having with yourself. And that’s your business, but it’s very hard to feel sorry for you. Because you aren’t stuck in this, you know. You are sticking yourself in this and there’s a big difference.