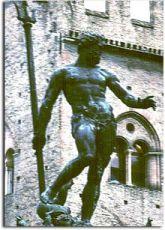 There was a time when being “not sensitive” was considered undesirable.  If someone told you that you were not sensitive, it was an insult.  It’s been said to me, and I always felt this was disrespectful to the individual.

Some people are more sensitive than others. This is a fact of life.  Some people are probably born less emotionally sensitive, but others may become less sensitive due to their environment, their experiences, or even via their education.

I’ve been working on a project with the Mechanic for months now. Yesterday he was critiquing my work, he’s a Virgo.  He started to couch his remarks and I told him to say whatever he wanted.  “I’m not that sensitive,” I explained.  “I am not attached to this, I am not going to have a cow if you speak…”

With that reassurance, he outlined the problems with my work in an efficient manner. I thanked him and today I will work on the edits.  My point is, I think the pendulum has swung in the other direction.  A person’s hyper-sensitivity is a pain in the ass to most people.

It might seem like this is cold.  It might conjure up Pluto in Capricorn or Saturn in Scorpio but I see it as more of a reflection of Neptune in Pisces and Jupiter in Gemini.

Neptune in Pisces – Can you not transcend that? Can you not get over yourself?
Jupiter in Gemini – Freedom of speech and thought.

When Saturn went into Libra, I wrote that being high maintenance would go out of vogue and it has.  This is the next thing, done like dinner. The idea you are going to restrict a person’s free speech and thought because of your sensitivity.

Can others see this shift?