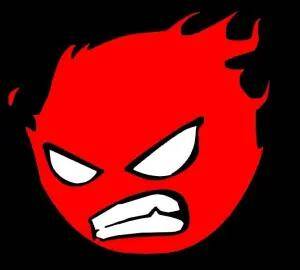 I’m really looking forward to Mars transiting Gemini for seven months, later this year.  There are a lot of reasons; one of them is that we’ll get to talk about Mars – alll right!

I was talking to a client yesterday, who suggested I write about this.  She’s got a Sagittarius moon conjunct Mars in the 9th.  Sounds bombastic but there are mitigating factors.  Sort of  like me.

In whatever case she’s in a tango with a Scorpio, who she has beat, inside out, upside down and backwards but she keeps going on.

Well, this was a wonderful comment. In all the time I have worked with this gal, nothing like this had ever emerged. I stared at her chart which I had in my hand.

“Do you know that Pluto is squaring your Mars… and your moon?”

It was very clear this (truly high-minded) gal would like to stomp the guts out of her foe. Clear because she make it clear!  She said that when someone messed with her in this way this gal had, she made a point of causing them so much harm they’d never think of messing with her again.   By the way, she’s a Libra!

I hope this reads as funny, because it was.  But I also think it’s worth considering in this way – what lurks in your chart?

It’s also a theme, lately. People are “meeting” their Mars.  I guess it all the provoking going on right now. People who don’t consider themselves to be angry or vengeful and finding out they are both.

I don’t think this is bad.  This gal is now far more aware of what I call, her “coiled up serpent” power.

Are you seeing people pop off?