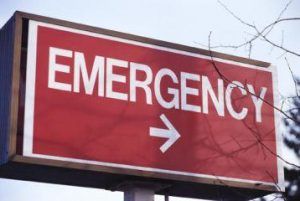 Last week, Satori, posted that I was ill. First, I appreciate her posting. I also appreciate the support I received. I realized today, I’d not explained!

Part of the reason this was an emergency was that I’d never had a kidney stone. I had no clue what was happening and I did the worst possible thing in the situation; I deliberately dehydrated myself!  Sounds nuts, I know. But it made sense at the time.

Eventually, I wound up on the floor, in so much pain, I realized I was not willing to even try to crawl to a phone.  I have never been afraid to die, so I just waited.

Luckily for me, pain from a kidney stone comes in waves. I was surprised when the pain subsided. I still didn’t know what was wrong.  Up off the floor, I called my neighbor who took me to the hospital.

It was a bad day to go to the emergency room.  Well, on the upside, my nurse knew what was wrong, right away. She said she’d passed six kidney stones and recognized the signs.  But another emergency came in right after I did.

This is a small emergency room in a small town. I was dying (in pain) but this other person was dying (dead) and they were trying desperately reverse the situation because they knew the man, who was just forty-one years old.  They also knew his family, who had gathered in the waiting room, clinging to hope.

I clearly hear the goings on. They gave him an hour from the time of the event but the man was dead and that was it.  The doctor called it and within two minutes, I watched an older woman, arms huddled around a boy about thirteen years old, walk by my bed, to be shown the body.

“Now’s he’s not been cleaned up,” one of the nurses, warned. It was more of a reminder. They knew what they were going to see.  So all of this was sobering.

A few minutes later, a woman was brought in and put in the bed next to me. She was elderly, having a heart attack, though she didn’t know it.

In the middle of this, I passed the stone, I think. I prefer childbirth!  But anyway… I was discharged, with drugs, and told the stone should pass within 12 hours.  I also learned that I have a second stone, non-obstructing at this point, but 50% larger than the stone that landed me there.

Anyway, this was the drama that slowed things down. I’m now know what it’s like to pass a kidney stone. I am now drinking water all the time.

The cat scan revealed another problem, I don’t want to go into at the moment.  It’s a bad thing but good, because you can’t treat a problem that you don’t know exists.

Bottom line, crisis has passed and I’m not dying.