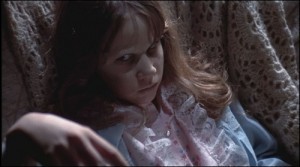 Some people come from a deep place. I’m like this. This is not to say it’s special or that it’s a preferable way to be. It’s just reality.

I have Libra, though. I can get by in social situations. But if you ever really talk to me, you’ll find I’ve got a lot of weight. Again, I don’t think if this is good or bad. It’s just the sort of person I am.

Most people who read here know that I have this friend, his name is, Ben. We met when we were young and we hit it off immediately.

This was a challenge at the time, because he’s gay and I’m not. I wasn’t welcome in his circles, the least little bit. I’m not sure he’d have been welcomed in my circles either. I don’t know – I never tried to introduce him there.  He’s the kind of person people go to, rather then being one who comes to you. However it worked out, we overcame the challenges of the era and we became close friends.

We maintained our  friendship for ten years and then something extraordinary happened – we got into a fight.

We didn’t just get into a fight. We got into a knockdown, drag-out brawl. It was shocking, because we’d literally never run into a conflict of any kind before, over the course of a decade!

So we screamed and we yelled and we spit at each other over the phone. It was pretty venomous as I recall. It spun my head around “girl-in-exorcist-style”. The fight was fairly long-lasting, and then we hung up.

I wasn’t happy or anything, but this also was not that big a deal to me. I’m Italian. I’m from a yelling culture. I’ve got Mars conjunct Mercury! So, I was truly caught off guard the next time I talked to Ben.

Ben (a non-Italian) told me that he was inordinately upset by our conversation. He was deeply upset by it. He was disturbed for days.

I don’t know how you would react to something like that, but my heart dropped to the floor. Losing his friendship was unfathomable to me. I might have burst into tears on the spot, for having ever done anything to bring him to a point where he’d have to say something like this to me.

I told him at that exact second, that I understood and that I’d  do everything in my power to make sure we never fought like that again. I valued his friendship and I’d go out of my way to protect it. He said he’d do the same.

More then 25 years have passed since we had that conversation. Ben and I have never sparred since.  I don’t think about this a lot, but I thought of it recently when I woke up in a similar drama.

I’m pretty sure, if I’d have fought Ben the day he told me this, he’d have amputated me. Justifiably. Because I’d have proved to him that my need to be right, or to think I was right, or my need to fight or to have the right to fight, or whatever, was more important then his deep feelings.

I don’t think people who swim nearer the surface have any clue what people like Ben and I go through, in order to come up with what we offer other people. We don’t bother to tell you.  But many of us think, if you’re our friend, that you ought to know. If we find out otherwise, it doesn’t leave us a lot of options.

If I’d have lost Ben as a friend, twenty years ago, I’d be staggered to this day.

This is a cautionary tale. You may think you can’t lose your relationship in a heartbeat.  Maybe you read this on a Hallmark card.  Friendships bend, they don’t break! I’m sure that’s true for some part of the population. But for others, that concept is pretty iffy.

Scorpio gets bashed for pulling out. But if he or she has been deeply involved with you, and then decides they can’t continue, generally there is a good reason why. If you can’t see it, it’s probably because you can’t see them.

I could intuit what it took out of Ben to say what he did to me that that day. I wasn’t going to make him say it twice.  Consequently, we made it beyond the breaking point we’d reached.

Have you ever had a close relationship come to it’s breaking point?  What happened? What do you know about scenarios like this?