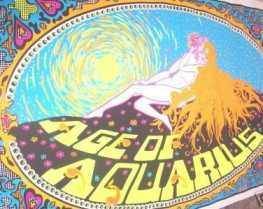 I find that I end up in some sort of throw-down argument with them sooner or later (the men sooner, the women later), and it’s finished between us. With the men, usually because they dropped off the face of the planet the minute I told them I liked them. With the women, it was usually some abstract argument like what happens after death (don’t ask me why that needs to be a friendship-ending argument).

Why do I keep attracting these people with Aquarian energies if I just don’t get along with them? What can I do to attract people I am more likely to get along with long term?

Now in your post, from one angle you are doing nothing wrong.  But if you want to quit having this experience then you’ll have to see the other person’s side of this.

Now with the men, it seems the lesson is that not everyone wants to form a relationship. Being Taurus you may want a relationship but being Aquarius, they may prefer to remain unencumbered. Could you be trying to force them into your paradigm?

The situation with the women sounds similar. Perhaps the Aquarian has had enough of whatever the argument is, because the fact you argue with people and try to control them is shown in your chart in the form of Venus in Aries (loves conflict) opposes by Saturn in Libra (control the other). So there you go.

If you want to stop meeting Aquarians then get this into your head: People are individuals who do whatever they damned well please. Learn that and you will never have to meet an Aquarian again – but more likely you will meet Aquarians but at this point you will be able to appreciate them for what they are and what they have taught you.