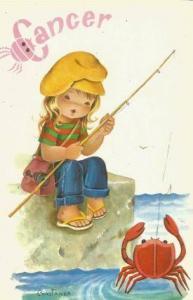 The moon is cancer now, joining the sun and Mercury in the sign. Jupiter, Saturn and Pluto are conjunct in Capricorn, hanging like a loose tooth, waiting on tomorrow’s new moon.

We’re pretty used to all this Cardinal energy by now, but Mars has ingressed into Aries and there has been a shift. I feel people are active or even activated.

Cancer and Capricorn are concerned with security. I see a lot of people acting to get ahead of things.  It’s a pretty big shift, really.  You might have started out, scared to death. At this people are ready to fight.

I’m not talking about attacking other people. I know this can happen but people who want to do that have very little company. Your average person is doing what they can to best navigate this intense, high-pressure period.

There’s another thing that’s quite remarkable.  Setting the news aside, I have worked a lot of people, lately, who are pretty clear.  They’re OK.  There are a good number of people who are going to be just fine. In fact, they can look forward to a great year,

Here’s an idea – it’s possible you’re doing better than you think.  Generally, you can only affect your sphere. There is a clear emphasis on FAMILY right now. Food, too. Support.

Yes, I have a garbage-spine but I have a productive garden, a marriage, a great relationship with my children and a business that I am able to maintain. With Mars in Aries, I am driven to act with courage to protect these things.

Yes, it’s intense but ask yourself this: Are you okay?

Then there’s this – it’s no small thing!

You don’t want to discount the support you’re receiving from wherever.  When I go out to my garden, well, it doesn’t appear the sky has fallen on it. Chances are high, I will have a garden in 2021. Would you bet against it?

How are you feeling as we head into tomorrow’s new moon?