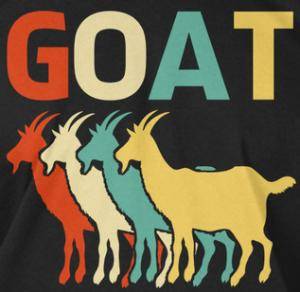 When this group was born, outer planets, Uranus and Neptune were part of the stellium.  It’s notable the Capricorn-ruler, Saturn is conjunct Pluto at this most important time in their life.  I’m not kidding about that last remark. If half the planets in your chart are in Capricorn, then Saturn rules!

I wrote a post about the effects of the 2020 Saturn Pluto conjunction in Capricorn.

One of the Mega Capricorns asked how it would affect her group.  It’s a question that deserves an answer!

I can’t tell you exactly what will happen because you’re all individuals. You have free will, which you exercises for the last two decades, anyway.

Those who have learned to commit and control themselves, those who have matured, are likely to fare the best.  Think in terms of consolidating (Saturn) your power (Pluto).   It’s intense.

If you’re a mega Capricorn slacker; who’s not yet taken the off-ramp to adulthood, this is okay too, believe it or not.  It’s okay, because whether you know it or not, you have tremendous fortitude. You only need to get yourself together in 2020, which you can do.

Saturn in Capricorn will help you find your backbone.  Pluto offers coiled-up-serpent power. If you need to transform yourself and/or your circumstances, you have option to combine these energies at which point you will be very hard to stop.

Specifically, think about consolidating your losses.  If you’re in a hole, this is the point where you stop digging and start climbing up. If you take this option, you’ll quickly realize you were born to build and to achieve.

If you’re already involved in this type activity, that’s great. But it not, don’t waste time beating yourself up. Capricorn is well known to be a late bloomer. It’s the ugly duckling of the zodiac, to put it frankly.  But once you find your stride, you’ll set an example for everyone.

The fact is you’re not a loser. So if your out there acting as if you are – STOP.  Set a lofty goal and head towards it. You will be blown away at how naturally you’ll take to “doing the right thing”.

Are you a mega-Capricorn? How’s it going?