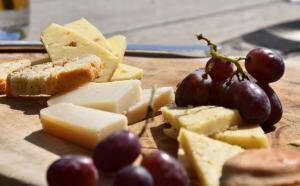 And cheese. Cheese helps too.

On January 8th, Venus will enter Capricorn. This is not a transit most people find particularly exciting. Love in a business suit. Oh joy. But there is another side to this placement. It means real, practical love.

It reminds me of the old Grimm’s fairy tale, “Choosing a Bride.”

Life as a young herdsman was hard. Resources were scarce. He woke up every day before dawn to tend to his animals, and he usually had only a hunk of bread and a flask of milk to eat all day. At night, he shivered in his thin clothing under the stars. It wasn’t a bad life, but there was certainly nothing to spare.

Eventually, the young shepherd decided he wanted to marry. He had saved enough money to build a little cottage, and he wanted to find a wife who would help him create a more prosperous life.

One day he was in the market speaking to an older woman, who was bemoaning the fact that she had three unmarried daughters. The shepherd excitedly asked if he could meet them and see if any of them would make a good wife for him. The woman happily agreed and offered a little advice. “Sit down with all of them and give them each a small wheel of cheese. Watch what they do with it, and you’ll know who to marry.”

So the young man came to dinner that night and did what he was told. He placed the cheese in front of the oldest daughter and nearly passed out at the sight of her. She was the most gorgeous girl he’d ever seen. He was sure she was the one. But he watched as she took the whole piece of cheese and ate it in one bite, never cutting off the rind or offering to share. The young man knew at once that this beautiful girl, used to being handed whatever she liked because of her beauty, would never be the generous, prudent wife he needed.

He then placed cheese in front of the middle daughter. Before she could take a bite, she launched into a witty story and dazzled him with her sparkling repartee. This woman, the young man thought, would be perfect. She was brilliant and lively and he’d never be bored a day in his life. But just as he was about to ask for her hand in marriage, she took a knife and began cutting the rind off her cheese. In doing so, she left inches and inches of good cheese attached to the rind, which she carelessly threw out. The shepherd shook his head sadly. The wife he needed was industrious and prudent, not wasteful. He simply didn’t have the resources to make up for her thoughtlessness.

Finally, the shepherd presented cheese to the youngest daughter. He was wary, for she was extremely plain and barely uttered a word. But she thanked him politely for the cheese and immediately took to cutting off the rind neatly and cleanly, leaving no good cheese attached. She then kindly offered him a piece as well.

The young shepherd was overjoyed. He’d found her. He’d found the careful, generous, industrious wife he’d been searching for. He dropped to his knee and proposed on the spot. The girl accepted, and they were wed a few weeks later. Working together, they built the shepherd business into a full working farm and prospered. They spent the rest of their lives happily together, proud of their accomplishments and grateful for the steadfast partner they had found.

This story illustrates the beauty of Venus in Capricorn. It may not be the most exciting or romantic placement, but that is beside the point. Romance is cheap. Chemistry is easy to find. Gorgeous people are a dime a dozen. Real, stable, supportive love means so much more. Venus in Capricorn teaches us that there’s nothing hotter than someone you can count on. With commitment and practical support, there’s nothing you can’t build. That sounds pretty sexy to me.

What do you think of this story? Do you think practicality matters more than excitement? Where is your Venus? 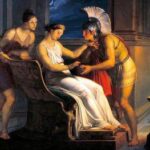