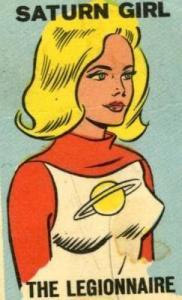 It means you’re going to regroup. If you have Aries in your chart, you may frustrated, but only because you’re not seeing the big picture.  A true winner realizes there are times when it’s best to retreat, restock, rest or replenish. Lose the battle, win the war.

There is no better analogy for Saturn but to think of a mountain one must climb. If you’ve never climbed a mountain – I have. Let me tell you how it works…

It’s a big mountain, visualize it. It’s entirely possible to come to a point on that mountain when you realize there’s an easier way. You might have gone off the trail.

When this happens, it may give a tactical advantage to backtrack until you find the path that will ultimately lead you to success.

In another case, you may have underestimated the mountain or overestimated yourself and your abilities. Basically, you see that you’re not going to make it unless you go back for something foundational. Food. Another canteen. A blanket.  So basically you’re Progressing As You Retreat.

Now Sagittarius is concerned with faith. You may be held back for no reason you can discern. In this case, I’d try to develop the belief, the universe is conspiring in your best interest, even if you can’t discern the mechanics of it.

It will help to remember you are part of a very big picture. You may have to sit on the sidelines for awhile so someone else can go first…or perhaps be taken out so they won’t impede you when it is time to move ahead.

I hope you get the gist of this. Saturn retrograde with be mashed with Jupiter and Neptune throughout the entire period. Control freaks are at risk of going insane. Many people with Pluto (or Uranus) in Virgo will be deeply affected.

If you do struggle during this period, I have two things that will help:

These workshops are cheap and effective. Both, together cost less than one hour of therapy. Your sanity is priceless.

Further, if you can come to truly understand these things, the knowledge will pay dividends for the rest of your life.

If you don’t need them, fine. But if you do need them, don’t hesitate. I put them together with great deliberation.

How do you see Saturn retrograde playing out in your life?