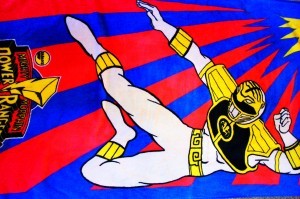 Even when people don’t know much astrology, they know more than they think. The energies of the planets and signs match the archetypes of the mythological characters the planets (and the signs they rule) are named for. For instance, when I say Venus (which rules Taurus and Libra), you understand the archetype of Venus. When I say Pluto (which rules Scorpio), you know that is Hades, Jupiter – Zeus, Saturn – Chronos, Juno – Hera, etc. Just by living in the world and reading a few children’s stories, you have a basic ability to understand the energies in astrology.

When I tell someone an astrological truth, I like to include the astrology itself, the terms, because otherwise it can sound like I’m pulling stuff out of my butt. We have free will, and all the energies are neutral until directed. That is, for instance, Venus is not always beauty personified; she can also be a vain bitch. Pluto is not just death/negativity/hell; he is also a necessary part of life, part of any cycle of transformation, rebirth, like the phoenix. There is no good or bad, but there is yin/yang. Signs and planets have yin/yang polarities.

No matter how “great” or “bad” the energy signatures present, you cannot predict how someone will use them. Some people take dirt and shape it into a masterpiece. Some will use a magic carpet as a doormat. The best chart in the world is no guarantee of success. The toughest one is not a sign of failure. In fact, some of the biggest shleps have easy charts, and the world’s highest performers tend to have a high degree of challenge. This holds true in synastry as well (comparing charts), the markers of compatibility in relationship. The person can be perfect for you on paper, but if one or both of you are not using your energy in a healthy way, it won’t work out.

Challenge is obvious; you work to overcome. Ease can be misleading. It can become the opium den one retreats to in order to avoid the challenge. That’s a trap and leads to stagnation. Satisfaction in the moment, that does not foster growth, is not sustainable. If you’re no longer growing, you’re dying. Onward ho! (No, I’m not calling you a ho; it’s a westerny figure of speech)