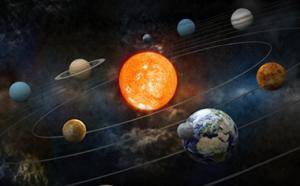 How do you interpret an outer planet transiting the end of a house and starting to conjunct an angle? If it’s still in one house but within degrees of an angle that relates to the house after… does that make sense as to how/why that’s confusing?

Uranus is at the end of my 6th still working on my Taurus Sun, but it is within 5 degrees of my Taurus descendent so do I start to consider the conjunction as a transit/influence even though it’s still in my 6th?

It’s common that astrologers read a transit in the house where it’s headed if it’s near the cusp. The idea is that it’s headed there. That’s the direction of the momentum. I can accept this concept as a starting point but it leads to some questions and considerations.

First, what is “near the cusp”? How many degrees?  How many days, weeks, months or years will it take for the planet to actually enter the next house?

The answers to these questions will be determine by the speed of the planet transiting and if they’re might be a retrograde period that delays things.

If the outer planet will not enter the next house for year,  I would not be leaping ahead.  I say this because you’d be reading a transit that is not actually occurring. You can compare this to walking about with an umbrella, because rain is expected in July!

In the case you lay out, Uranus is messing with your sun in the 6th house. You didn’t give me the degrees but based on current movements, it looks like Uranus will enter your 7th house in a few months and then retrograde back to mess with your sun near the end of the year.

If this is correct, I would say that you are having a Uranus sun transit, a preview of a Uranus transit in your 7th house, and then falling back to wrap up the Uranus transit to your sun.