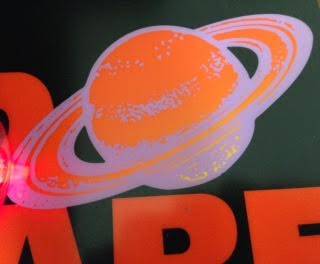 If you’re set on a course of action, and then face delays and obstacles (not once, but say, three or four times), would you give up & change course?

This is a really good question, especially with Saturn currently transiting Sagittarius.  Giving up is a personal decision but I would ask myself, “What do these obstacles (Saturn) mean (Sagittarius)?”

If quitting becomes a habit, you’re not going to get very far in life.  Think about it. The going gets tough and you quit! But there are other times, when continued failure is most definitely a sign to choose a different path.

If you’ll take the time to analyse these situations when they come up, it’s generally pretty easy to discern which decision is right. If it’s not clear, I would probably persevere until it was clear. I’d do this to avoid regret.  I wouldn’t want to look back and think I should have gone one more round.

Let me give you some examples…

When my husband was young, he wanted a career in music. He went to college to study music, He got mostly A’s one B and one F.  The F was in singing. His teacher told him he would not be able to carry a tune if it had handles.

Besides music, he had aptitude in math, science and military arts. That one F would indicate to me, he’s not meant to be a singer.

Other people suffers gobs of rejection, persevere anyway, and wind up successful. I’m an example of this.

I wanted a job writing for an astrology site, but no one would hire me. I didn’t like this. I really thought they were making a mistake. I had something to say so I started my own site. I eclipsed the sites that had rejected me within the first year.

So sometimes you don’t get something because it’s not for you.
Other times, you do need to work around some kind of impediment.

There are some obstacles I would never try to get by, though. For example, I’d not beg someone to marry me or love me or something like that.

Last, you specifically say you are facing “delay” and “obstacles”.  I would separate these things out for a clearer picture…

“Delay” is rarely a reason to quit.  Everyone wants things to happen on their timetable but you can’t control every aspect of something you’re trying to do.  It’s normal to feel frustrated when things are delayed, but I’d not hop off a train headed in the direction I wanted to go, just because it was slow or it broke down, temporarily.

“Obstacles” should be weighed. Assume the universe is conspiring in your best interest. What is it trying to tell you?  That you’re headed up the wrong path? Or that you should strengthen your resolve, because the thing you’re after really is the right thing for you?

Also, consider the effect that your stubbornness (if that’s what it is) is having on others.  If people are being harmed, this would be a clue you’ve got to find another tack.

If the answer is yes, I would not only keep going, I’d redouble my efforts because you have that capacity.

Don’t quit because you’re afraid to fail. Quit when it’s been clearly shown to you, you’re slaving in the wrong arena.

Have you ever thrown in the towel, prematurely? 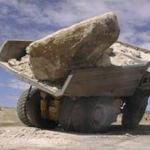 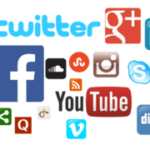 How The Media Programs Your Life