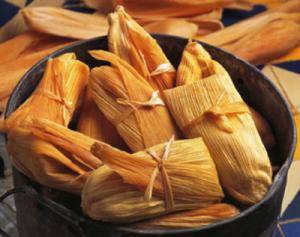 Driving my husband to work this morning, he asked if I saw the look on my son’s friend’s face when, Vid asked him a question with an obvious answer.

The answer was only obvious if you were Quirky though.  Quirky is Mexican and the question was along the lines of, have you ever eaten a tamale?

“He looked at him like, are you kidding me?”

“People just can’t believe a person wouldn’t know that. Something they grew up with that has been part of their life since they were born. It’s why I thought what I thought about you when we met as kids. I thought you knew what I knew.”

“People can’t believe you don’t know what they know.”

Yesterday the kids were talking about school lunches; what they liked and didn’t like. My husband recalled what he liked when he was a kid and asked me what I liked.

“We didn’t have school lunch in my family, we couldn’t afford it.”

“You brought your lunch?”

“No, we didn’t have lunch,” I said. ‘No lunch, we pretended we had lunch.” He looked at me blankly so I explained. “I got in the line for school lunch with the rest of the kids and then when I got close to the front of the line, I said I had to go to the restroom or something. So I’d leave and then I’d come back and join the table as other kids were finishing eating and try to blend in.”

“I don’t know. But what I do know is I have no problem seeing another person’s life is not like mine but see that most people can’t see another person’s experience is remote from theirs to save their life…”

When my husband and talk about this I generally chalk this up to having Libra in my chart. It is very easy for Mercury in Libra in the 9th to understand another person’s perspective but as of this morning I think there is another explanation.  I have a strong Saturn Neptune signature and I think it is also very easy for me to imagine reality, even if it not my reality.

In other words when I stood in that lunch line when I was a kid, I could see the other kids and readily imagine how they felt.  If I put my mind to it, I could write their conversation / dialogue from the era, verbatim, I’m sure because I was definitely tracking. I’d listen carefully for an opening to get out of that line for example.

“How can I say, I grew up isolated in the desert, 400 times and have people still think I grew up the way they did?”

“They just think everyone knows this stuff.”

“But I just told them I don’t know this stuff.”

“They think you know what they know.”

On that note I changed the subject. How many times can I say this before the day goes by?