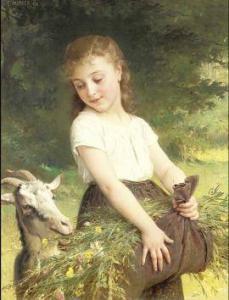 I have a late degree ascendant. Therefore, the cusp of a given house is in sign x, while the majority of that house is in sign y. When trying to get a general feel for a particular house, is the sign on the cusp the only one to consider? Likewise, with planets in a given house, should I only be concerned with the sign the planet is in, or does the other sign within the same house have any say?

Thank you,
Seeking Clarity in California

Hi, Clarity. Good question!  I’m not sure there is consensus on this but I’ll be happy to share my view.

I also have a late degree ascendant. I am a Capricorn-rising. I consider myself Saturn-ruled.

This is akin to having Saturn conjunct my ascendant – I lead with Saturn. My first handshake is Saturnian. I am a person in control when I come into a room. I am serious character (even though I have dimples).   This is true, even if Aquarius takes up most of my first house.

It is my 2nd house that is Uranus-ruled. I may experiment with money. I am detached from makeup / vanity. All my life, people want to dress me up like a doll…and I say, no, no, no!  So this is very clear to me.  The sign ruling the house rules the house!

Now if you stick a planet in a house that is in the second sign, it will express itself in that sign.

For example, let’s say I had Mars in Aquarius in my Saturn-ruled first house (which I don’t). I would still come in the room the same way. But I might be prone to angry, unpredictable outbursts. I might be a pushy person in conservative clothing. I might get my way via unconventional means or any other number of ways this energy might express. But I would still be still runnin’ the thing. I would still be in charge of myself even if I were to act (Mars) weirdly in ways one would not expect (Aquarius)!

Does anyone else want to weigh in?