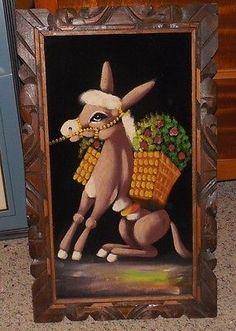 There was a post in the forum about being intimidating. It’s an important and interesting topic. What do you do with the feedback you get from others?

The general attitude voiced in that thread is that it is what it is. But look at this person on another thread – I’m Tired Of Rubbing People The Wrong Way.  Amazing, isn’t it?

I started blogging, seventeen years ago.  Someone told me at that time, they were terrified of me. They were afraid to call me. The man was negotiating with the head of Viacom at the time, and I’m scary?  I really had to start thinking about this. I have Libra.  I don’t want to terrify people.  I wondered what I was doing wrong.

This is when I really became aware of how the Mars Mercury conjunction works in my chart. It’s incredibly coarse. It is terrifying.  And check this out…

I know from experience and study and reading that when a person complains, there are at least ten others that say nothing. So when you’re told that you are scary or intimidating or mean or whatever, over and over and over, it makes sense you consider the feedback. I’m sure glad, I did!

People all over the world, call me for help. It’s satisfying one both ends. I would never have become successful, had I not considered the feedback this man offered me, and altered my expression.

There is another thread in the forum about Adults With Asperger’s. I am trying to learn how to interact with a man I know.  hmmm linked an article, written by a man (now deceased), who suffers with the disorder – Survival Guide For People With Asperger’s Syndrome. It’s totally fascinating.

It’s overwhelming, what a person like this must try to do to get along in the world. So why are so-called normal people so stubborn?

Again, this is not personal to anyone. It’s meant to help.  Stubbornness has it’s place but it also has it’s shadow.  If everyone thinks a certain thing about you and you refuse to change yourself, you can’t expect people to change what they think about you.

And that’s a poor story, really.  The hero who gets nowhere on his journey!

How do you respond to negative feedback? What’s the astrology?