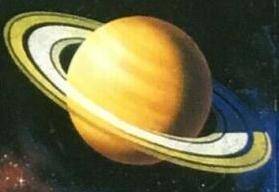 Is it normal to feel homesick with Saturn approaching the nadir?

Saturn transiting the nadir is an important transit. It generally marks an emotional low. Homesickness certainly fits.  I would say the feeling is normal but it’s not necessarily typical.

When Saturn transits the nadir you may want to go home.  Another person may not have a home to go to. They may be orphaned or unwelcome in their family.

Another person may lose their home or be forced to downscale when they’d rather not. They may feel a lack of nurturing or just plain lonely. Others struggle with some heavy family burden.

The transit frequently coincides with an “empty nest”. But I both my children with Saturn in my 4th.  You can see that in both cases, it takes a lot out of a person.

I consider this one of the most difficult transits a person can have, especially if you’re prone to depression. But we all need to get out living situation straight at some point. You create a foundation for your life and once you’re on the bottom, you can only go up!

What happened when Saturn transited your nadir or 4th house?