I spoke with the soldier yesterday and found he had 6 or 7 stitches in his cheek from the surgery. For some reason I thought they just took a little plug, maybe a stitch or two so I was shocked. I didn’t look in his mouth and either did he because we are both bullish on denial and the value of ignoring reality.

He also told me that the bungee cord that snapped back and gave him a black eye wound up in his mouth on the other side injuring his other cheek and I realized as a Pisces rising he was essentially a hooked fish and talk about astrology in real life. How’s this for Saturn in Virgo opposing Pisces?

First they stick a hook needle in his cheek for a health (Virgo) scare (Saturn) and then when he’s not careful (Saturn) at work (Virgo) he winds up with another hook in his mouth.

Pisces really has to watch themselves around hooks. The soldier played me Blues Traveler’s song, “Hook” in 2003 and I promptly quit talking to him for 3 years. Don’t tell me there is a hook in my mouth! Or my pants for that matter!

Any fish out there feeling hooked here lately? 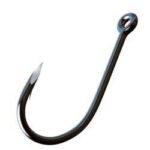 Breaking Away From A Bad Relationship