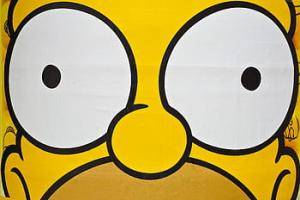 A recently-discovered Easter egg has been making its way around the internet, and it shows the birth date of none other than Homer J. Simpson. On May 12th, 1956, a legend was (fictionally) born. Being an astrologer and a huge nerd, I couldn’t resist running the chart to see what there is to find. And I was shocked by how perfect the chart is. Here’s what really stood out:

1.       Donuts for life. Homer has the Sun in Taurus, and it is a perfect fit. While I am usually all about busting astrological stereotypes, it can’t be denied that Taurus can be a teeny bit lazy and hedonistic. And Homer’s work naps and perennial love affair with donuts is a perfect example.

2.       Hijinks explained. While Homer is a well-known couch potato, there is more to his nature. He is glib, changeable, and, dare I say it, mercurial. So it only makes sense that Mercury, the planet of communication, and the Moon, planet of inner needs, are in Mercury-ruled Gemini.

3.       Marge is his soulmate. Homer has Venus in Cancer. Cancer is known to be soft and family oriented, and Venus rules what we look for in a partner. Is it any wonder, then, that Homer ended up with kind, motherly Marge? She accepts him for who he is and loves him unconditionally, just the want a Cancer Venus needs.

4.       Hijinks continued. If there’s one thing Homer is known for other than his laziness, it’s the wacky hijinks he gets up to. He seems driven to shake things up. And when we look for drive in a chart, we turn to Mars. With Mars in the sign of revolutionary Aquarius, we see what makes Homer truly tick.

5.       No consequences. One thing that is quite unique about Homer is the way that he never entirely seems to grasp the consequences of his actions, if indeed there are any. He lives in a world where the harshest outcomes of his behavior seem to simply float away, and everything turns out all right. This is shown in the chart by both Jupiter, planet of luck, and Neptune, planet of fog, making at least five major aspects. He is all Jupiter and Neptune all the time, and this insulates him and makes for the hilarious stories we see every week.

As you can see, even though Homer is a fictional character, the birth chart still works!! From the laziness to the wackiness and everything in between, all of Homer’s nature is captured in the chart.

Have you ever run a chart for a fictional character? What do you think about Homer’s chart?