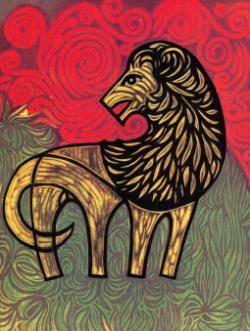 The problem? My fiance and I have a sinking suspicion that this relationship will eventually crash and burn, perhaps spectacularly. Then what? Obviously, we do not want to lose these friends! I know a lot will depend on how our friends handle things and a lot will depend on our reaction, and since both of us have a strong Libran influence, I have faith the my guy and I can handle any resulting fallout diplomatically. I am just a little apprehensive.

My man infected me with this worry since I was content to let the other couple blithrly make their own mistakes after it became apparent that any advice I offered was usually not taken. My man, perhaps wisely offered no advice to begin with.

My man’s best friend is one of these people that feels better about themselves when partnered. All of his relationships have been long-term and he likes to delve deep. In each case he is then the dumped not the dumper, sometimes dramatically so (his last girl moved out without telling him cleaning out their entire apartment). Also, he tends to stay in relationships even when he is unhappy and thinks it’s unlikely to ever get better.

My friend has had few relationships in her life none long-term. This is in part because of her insecurity and also partly because she tends to fall for people who clearly do not want a romantic relationship with her. She also tends to idolize the object of her unrequited love which is perhaps not so surprising, all things considered. She is unclear on whether she wants marriage but has stated to me that she would like a deep committed relationship like the one I am in (her words not mine).

When it became clear that these two were growing apart got basically my friend jumped his friend on my couch one night which was the first thing anyone knew about her designs including me. I offered my advice. I let him know a little of her back story and advised them to play it cool for a while to let her easy the things. I also offered this advice since I could tell she was charging full steam ahead without caution which is not her usual MO at all! My advice was unheeded as both parties jumped into the deep and willy-nilly.

Ben developed another problem might man’s friend is a very touchy-feely guy who needs a lot of physical affection from his lovers. While my friend enjoyed this at first, after a few weeks she began to find the cloying. Instead of approaching him about it, she began edging away whenever he would try to coddle or making exasperated faces/noises, which hurt and confused him. When she asked my advice I told her to buck up and just have the conversation instead of expecting him to read her mind in the subtle nuances she was throwing out. He also asked my advice about the situation, and I let him know that she is mostly conflict — avoidant, so if he had a question/problem then you should take it to her instead of waiting for her to bring it to him.

Thankfully, they did indeed talk to each other as I suggested work this out, but I fear it is a problem that will come up again and again — neither one wanting to mention the elephant in the room, ya know?

Basically, I fear that M is searching too hard for a long-term relationship since she is the last of our group to remain single and she wants the kind of love she sees in her friends relationships. She is trying to make this relationship that what she wants it to be, regardless of what the relationship itself is, and she is more than capable enough of them see the playoff in her own mind. While S will dive deep and fast without regard, then stick around even if he realizes the relationship is futile and he is miserable. All the time one will not talk about the problems he/she is obviously having, wanting the other to ask; the other will not ask, waiting for the one having a problem to open a conversational door!

So as you can see, I’m having serious reservations about the viability of this relationship of the long-haul each once out of it, and try to let each participant know before anything serious got started. And I do not have the patience or energy to play the middle — man which everyone is quite aware of what is your take on of all? What would you do in this situation?

Girl, you need a life! What are you doing? Must you micro-manage this? He breathed and then she breathed, and then he breathed twice! And oh fuck me! Next thing you know, she’s going to breathe again! And fuck a duck, maaan! What if someone sneezes in all this? Or farts or something? Oh no! What then??

Look. You are way, way, way, WAY too involved in this. And that my dear, is the problem you should be worried about. Especially with transiting Saturn bearing down on your Sun!

I have to tell you… I don’t know what you’re trying to avoid here but it must be EPIC for you to be this focused on this couple who the whole world knows will not be a couple for long. Here’s my advice:

Get out of the way! Let these people crash in their own way, in their own time and then everyone go back to being friends.