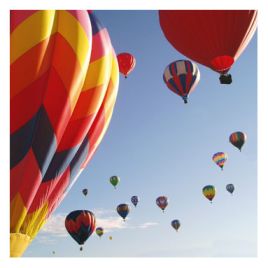 I know that many are opposed to edges or cut offs of all kinds. They would like to believe that anything is possible for anyone at anytime.

While in theory I agree this is true, in practice many things can be called or counted out with a high degree of accuracy. For example, in theory Ted Bundy might redeem himself but in reality there is no way in hell.

While he is an extreme case, I think this concept is widely applicable to an extent that would probably put most people on edge. Passing judgment would piss them off even though it would save energy of all kinds.

Also, if you really have faith you would know that if something or someone were put down in error it would be part of a larger picture and be made right down the road but in whatever case, I’ll tell you just how common the cold, hard facts are.

Last night choice of a chart for my astrology experiment with one of my cohorts. I had a chart in mind but after discussing it we came to the conclusion that working with the chart would ultimately accomplish nothing.  To work on this particular chart would (very likely) be a wasted investment because the person is just so incredibly inflated.

I realize this is a hell of a statement that will offend many however it is an important thing to say. There is such a thing as a know-it-all. There are people who are virtually impervious to anything another person might convey and if you run across someone like this, you’re wasting your time trying to communicate with them.

There will probably always be people who will try to counsel and redeem the Ted Bundys of the world but I have come to point where I am not going to be one of them.  Instead, I’m going with the odds. I want to work with people who actually can take in energy and have an exchange and if this gets me tagged as hard, cold and heinous, I don’t mind.

This is a Saturn in Virgo concept by the way. Use your time wisely. Further, this has everything to do with Pisces compassion. Perhaps you can see that.

Virgo and Pisces do not operate independently regardless of who and how many may want to insist otherwise.

“I am just a shapeless blob.”

Do you know how many times I have been cut by so-called “shapeless blobs”? ::laughs::