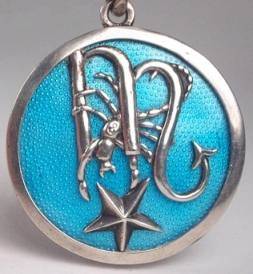 I have been in a relationship with a man for almost 4 years. We have always had a very special connection. We started as friends and our love relationship blossomed naturally. Overall our relationship has been a compatible, loving, fulfilling union.

We have had a few rough spots over the years, but I believe it was mostly because his work has taken him 13 hours away and we have endured a long term relationship for about 2 1/2 years. He is moving much closer soon and we were both excited about this. We have talked about marriage, although he says he is not ready yet – because of the distance.

Now suddenly he has canceled the trip I planned and paid for to celebrate his birthday and he asked me to let him have 30 days space without contact – because he doesn’t know what he wants and he isn’t sure if we have a future together. He says he loves me very much, but doesn’t know what he wants. I am devastated, shocked and confused. It seems so unlike him and I am not clear on what to think of his behavior.

Can you help me?

Good God. I feel sick for you. I am so sorry and I will try to help but I can tell you right now, I’m not going to be able to call this for you. With the current Saturn Neptune opposition in aspect to your Venus (relationships), you are just not going to know what’s going on (and what has been going on) until the smoke clears.

And I don’t want you to take that in a negative way. In fact, I would beg you not to take that in a negative way. I am not trying to insinuate that your man has been lying to you and you’re going to find out about it… because I have no idea or clue or leaning in that direction whatsoever. I don’t think that is what this is about. I think this is about teaching you faith and if you are willing to learn this, you may find you have an easier time with this than you might have imagined was possible. So here goes:

I think you should give him his 30 days. He probably won’t use them. Virtually your whole chart is in Scorpio which means you have one hell of a lot of focused energy and he is used to this. So if you disappear on him, per his request, I think he will wig out – and pretty quickly.

Not that you should be manipulating him! I am just trying to shore you up so you can do this. Give him his 30 days, that is and here are some other angles that might help. Neptune tricks these are.

So let’s just say this guy has taken you for a ride and he’s done it for 4 years (I don’t believe this). That would mean you have given him 4 years of your life for nothing and considering that, what’s another 30 days just to make sure?

Angle two. You say you love the man. You want to be married to him. You want to be his partner. Well that is supposed to last a lifetime and in the course of a lifetime most people lose their mind at least once. Could this be what is going on? You don’t know. But if you love him, doesn’t it follow you should give him the benefit of the doubt? 30 days is crap if you are talking about love that is real. 30 days is a joke and a drop in the bucket.

Angle three. What possible choice do you have anyway? How can you negotiate something like this? “No you can’t have 30 days! You can have 7 and that’s it!” Does that sound crazy or what?

I could go on but hopefully you can see the strongest play here is to give him exactly what he wants and then deal with the consequences and I can tell you what they’ll be.

The universe wants you to see that things are out of your control and further that this is in your best interest. Because if people ran their own lives independently they would do all kinds of stupid things. But thankfully the universe intervenes and you are just going to have throw this up and tell yourself (until you believe it) that what is best for everyone will be what results. Which means: if this man comes to you, then he is the man. And if he doesn’t?

It’s because there is a better man.