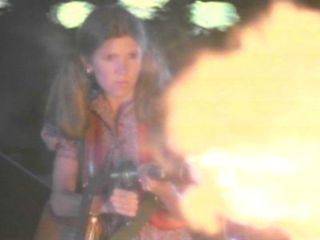 One of my friends is having a birthday party for one of her little girls. Both of my children were invited. I had absolutely every intention of going, until my plans were interrupted at the last minute.

My husband works full time and also has his own business, so he has to work every day of the week. I was going to drop him off at an event that he had on the same day, then take the kids to the party. The contractor who is doing some work on our home mentioned that he would like to come back on the Saturday and Sunday to complete all the drywalling and help my husband while he’s at home on Sunday. I didn’t know the contractor was coming back until late afternoon/early evening the day before the party and called my friend to let her know that we wouldn’t be able to make it.

I apologized profusely and explained everything. She knows how busy we are, especially starting up a new business and only having one vehicle. She got very upset with me, said that it was very crappy that I didn’t tell her because her daughter had wanted to invite other children from her class. Then she basically hung up on me.

I’m left feeling awful. My guilty conscience is eating me up and I don’t know what else to do. Like I said, I explained everything and was very honest. What if my kids were sick, would that have made a difference? But I wasn’t going to lie. I like this friend, we’ve known each other a long time, but we do definitely live different lives. Any advice would be greatly appreciated.

Guilty for what? You didn’t do anything wrong. Basically what you have here is a boundary issue. She lacks boundaries and so do you. You can’t do a damned thing about hers but you can put your own right and this is what I suggest you do.

Start with this reality check: someone issues and invitation and someone else turns it down for any reason whatsoever. This is not a cue for the person who issued the invitation to jump down the other person’s throat. As a matter of fact, the idea of behaving that way is obscene! But let’s just say it happens. And let’s say it happens to you. At that point, the ball is in your court.

So what are you going to do? Go crazy about it? Why? The fact is, her behavior has nothing to do with yours. You don’t need to react to this at all and here’s a story to illustrate what I mean:

When my daughter was in fourth grade, she has a somewhat psycho teacher. The teacher was an Aries with a reputation for having a temper for making various bizarre threats against the kids. She told them if they did not turn in their homework, they had to give her a dollar…or else! Or else she would chop a finger off or something, I don’t know. Some of the kids were scared.

But I met this gal and she was a very dedicated and effective teacher. It was clear to me although her methods were unconventional, my daughter’s interests were her profound priority. And I didn’t think she was going to cut off my kid’s finger, so rather than pull my hair out like some of the other parents I knew, I handled the situation by telling my daughter her teacher was insane. Like this:

“Yeah, well she definitely has a screw loose. And she’s very loud. But, oh well. You can see she really wants you to learn. She’s just got some quirks. And maybe she’s a volcano, but so? Lots of people are crazy. You have to learn to live among them, and at least she isn’t boring. If you want me to go talk to her, I will. But I think you’d do much better to just try to understand her and adjust. You’re smart enough to figure her out and when you do that, I bet you have no problem at all.”

And this is what happened. My daughter quit reacting and got a fix on this teacher. She started calling her “Wild Fire Meyer”…to her face and became the teacher’s pet because of it.

So think about it. If a 9 year old can choose how they react to stimulus, surely a woman in her thirties can do the same. And on that, ‘fake it, till you make it”. It goes something like this:

“What? Well you horrible bitch! You bitch on wheels. How could you do that to me?”

“Huh? Well, I have no choice. Sorry you’re hurt. I sure didn’t mean to hurt you, but I’m very busy and I have to run.”

And after that? Nothing. Just go on with your day. If this woman wants to call you again she will. If you want to call her, you will and if not? If not, there will be a void which the universe will fill in short order. And the point is, just because someone acts crazy does not mean you need follow suit.