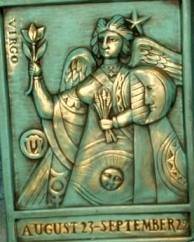 As time goes on, my Scorpio boyfriend of three years seems less and less interested in sex. When we first met, it was fireworks. That lasted for about a year into the relationship and since having our baby a year ago… I have initiated it every time. If I didn’t try for it, I don’t know how long he could go. A month? More?

He says he doesn’t even think about sex. But when I left during a very rocky time after catching him lying about talking to an old girlfriend, his friend convinced him to bring a stripper into our house. This was the first night I left. By the way, there are no strip joints where we live. I had a hunch and showed up and busted the whole scene while the stripper was still in regular clothes.

Besides him not wanting to talk things out, he has a bad temper and is prone to angry outbursts. And he’s not interested in sex!!! At least, not with me. On the one hand, he is a great provider for the household – I stay home with the baby. On the other hand, I feel so frustrated and lonely.

Do I push him away by being too vocal? And I keep wondering what the hell he had a stripper come to our house for. I’m mostly sure I love him.

I feel very bad for you. I understand you love this man and it sounds as if you are dependent on him as well. And I wish I had better news but in my experience, once a Scorpio takes their energy off you… they almost never put it back. And I think this is what has happened with your boyfriend.

It sounds as if he feels some responsibility to you and to his child but as for romance, he’s not having one with you, at least not anymore. And he’s apparently showing you not telling you, but he’s showing you pretty damned well.

And no I don’t think your being “vocal” is pushing him away. I think he’s just plain gone. He has removed himself from the relationship, emotionally and physically and after two years, I would be enormously surprised if anything you could say would impact or resurrect this situation. So if you want anything to change, you are going to have to act.

Now if you move to leave him, he will definitely react, but be warned: I don’t think it will be in a way that is gratifying to you. That is, I don’t think he’s going to beg you to stay and profess his undying love and devotion, because I just don’t think he feels it. I’m very sorry. I know this leaves you in a terribly painful predicament, but I just don’t think he is going to take care of you in the way he once did, so if you want to feel those things again, you’re going to need a new man.

And I hope I’m wrong, but in whatever case, you are not going to find out or have a new result until and unless you take some concrete action.