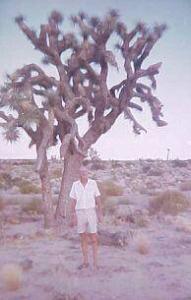 Although Henry was had fervent interest in religion and studied throughout his life, we were never taught anything specific to believe. Stellium in Sagittarius, he was wide open to discuss the subject and people commonly were invited to his house to debate.

They showed up in droves. Young men with bibles showed up. Men and women came in pair or groups, and I specifically remember the Hare Krishna coming by repeatedly. They became friends with Henry as did the groups of hippies that lived in the commune type settings that were somewhat common in the era. Henry would travel to visit these various groups…large spiritual families you might say, frequently spending a night or two with them, discussing philosophy.

For all the exposure there were only two bits that stuck with me. The idea that the only sin was to hurt someone, I heard repeatedly. It appealed in its simplicity and it made sense to me, but more profound for me personally was the Thomas Paine quote on his desk. Henry did calligraphy and had various quotations framed around his house but the one I absorbed was this:

“The world is my country, all mankind are my brethren, and to do good is my religion.”
Thomas Paine, The Age of Reason, 1794.

This was something I could grasp immediately. That’s what happened and the quote has stayed with me all my life. I feel pretty fortunate.

Here are some of Henry’s thoughts on religion: 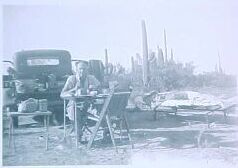 “… But I must keep in mind that we must be prepared to give up all things except that little bit of personality that we have been able to develop. I think it is good discipline to teach one’s self to get in the habit of giving things up…

… You are one of the few persons I have been able to talk to of spiritual things. I hope we both have the foundation for spiritual development – a lack of hatred of enmity against any group or individual. That and to only send out good thoughts at all times…”

“… I have tried to get [my mother] to use her own mind and make her own decisions. I have seen too many parents try to dictate to their children, especially in the field of religion. Religion is a personal matter and each person should be left alone to make his own choice.

Last night a man on the street (a fundamentalist of wide study) endeavored to prove that I was going to an everlasting punishment because I did not agree with his principals. However, I’ll have lots of good company, he said even Norman V. Peale was as equally doomed.”

“…That is why I like the Hindu philosophy. Over there they have the knack of being satisfied with very little, while over here in America too often it is always one mad scramble for something always bigger and better…”

“…He is a young man who is a member of the Jehovah’s Witnesses. He visited me several times last winter and has been here twice since I got here. Although I cannot agree with him on many points, he is interesting to talk to and he does not cuss or smoke. He would be a very fine young man if he did not pester people with so much theology and dogma…”

“… My brother is a Presbyterian minister and I went to his services while at his home but the material splendor always seemed to crowd out a real spiritual atmosphere. And as I grow older, my conscience bothers me every time I buy something like a typewriter or a radio. It seems that it might be better to do without these things and give the money to those who need it for the necessities of life. Have you ever felt this way? Actually I think we should acquire only those things that aid us in serving our fellowmen better…”

“… All worldly goods are only temporary; all we take with us is the character or personality that we have been able to develop here.” 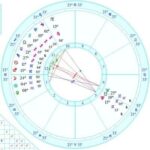