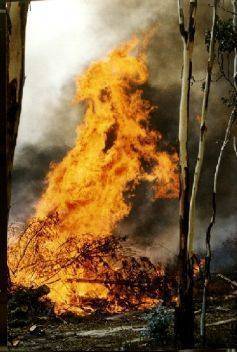 I met a man online last year, and we quickly became good friends. It turns out we lived very near to each another… so after a few months, I suggested we meet up. Soon after we began dating, and it was unlike any relationship I’d been in. I was positive that this would be the man I would marry.

Then a month ago, he broke up with me. I was completely devastated. If we aren’t meant to be together, I can come to terms with that. But I feel like his fear of the past is a driving force behind his decision. I was his first serious relationship since his divorce about six months before we met.

He says he’s still in love with me, but he just doesn’t want to be. I know I need to back away and let him figure things out, but I’m afraid to let go.

I wonder if there is any hope. Is love in the air for me with my soul mate again?

I’m so sorry you’re hurting so badly. Your pain is palpable from your post. But I’m afraid there’s very little I can tell you anything you don’t already know.

I’m sure the universe has acted in your best interest. I’m sorry, but I don’t think you’re going to be able to resurrect this relationship. You have a tough aspect between Venus and Pluto in your chart, and the burning you feel is part of your process. I know you feel like you’re dying, but it’s unavoidable. You will eventually burn down and at that point, rise from the ashes empowered, in fine Phoenix style.

There is a way to cut a break from all this. Temporary relief can be found via the Pisces in your chart. You are strongly transcendent, so just keep doing what you’re doing: trusting God, the universe, or whatever you call it. Pray! Just don’t pray to have him back, though. Pray for the best outcome – the highest result for all parties involved and eventually you will find your way.