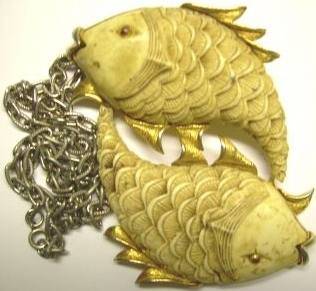 Back in April I started a “friend with benefits” relationship with a Cancer/Cancer-rising man who is 11 years younger than myself… and also my friend’s son.

I had never thought of him as anything but my friend’s son until one night he called and came over and long story short, we became intimate. He told me that he had been attracted to me for a long time. What started out as a friends with benefits situation has spiraled out of control to where I think I have serious feelings for him. But I am torn, because I have always loved him as a member of my extended family, but now it is very confusing because of the sex.

Now I am also torn wondering if I am IN love with him, or do I just love him? He is very tug/pull…ie…we see each other about once a week but he never seems to initiate (since the first time). But my spidey senses tell me he has feelings for me. Why doesn’t he act on them? Is it the age difference? I am pretty successful, he is just starting out in life with an entry level job, has no money and lives at home. Or is he just not into me and I should let go? Because I can’t seem to.

Thanks,
His Mother’s Friend

I hate to do this to Pisces but to answer your question, I will have to hit you with a dose of reality. So brace yourself, would you?

First thing to know is this man is acting on his feelings. He’s a double Cancer, attracted to an older woman (mother figure) and he’s having sex with her. Undoubtedly his Scorpio Moon is drawn to the taboo whether he is conscious of this or not.

Do you get my drift? He’s being a bad boy. He’s having sex with Mommy’s friend.

If you want to go deeper, I imagine subconsciously what he really wants to do is have sex with Mommy and you are merely a surrogate.

If you want a future with this man, you can probably have one. You can be his new Mom! The one that lets him sleep with her? How about that? He can move from his Mom’s house to his new Mom’s house, and you can support him the way she supports him and voila! Perfectly sick!!

As for why he’s not asking you to marry him, I imagine he’s concerned what his mother might think about this since he hasn’t separated from her yet. What do you think? How do you think your friend is going to feel when she finds out you’re sleeping with her son?

Personally, I doubt she’s going to be too happy. That’s her son, damnit! And considering he’s 25-ish and still living at home, I don’t think she’s very interested in giving up custody.

You have a Capricorn Moon and you are looking for a child. For the record, I don’t see a problem with this. Cancer and Capricorn find each other allll the time and a parent / child thing constellates. It’s perfectly normal but this is not a random “younger man” is it? You say yourself he is part of your family and what bothers me the most is you seem to be oblivious to… virtually everything. For anything to move forward in any direction, this has got to be remedied and I hope this post takes care of that.

As for my advice, I would stop sleeping with this man immediately and try to forget it ever happened. Because you have Venus in Pisces which is notorious for having lapses of judgment and this would be a textbook example of that.