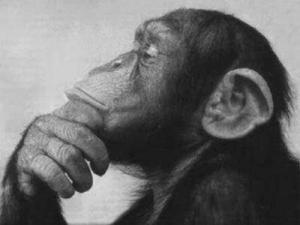 In today’s culture of texting, social media, and the like, there is an expectation that we be constantly available and constantly productive. We need to be able to come up with a witty retort or a complete opinion in an instant or else we’re seen as slow or we miss the zeitgeist. We get offended if our texts aren’t answered immediately. We’re upset when a random clothing brand doesn’t have a stance on matters of international conflict. It’s all Mercury all the time!

But not every Mercury works that way. There are those of us out there (a third of the population, thank you very much), who have Mercury in a fixed sign. We might not be the best multi-taskers. We may take a week to respond to a text, and we positively embody the concept of “l’esprit de l’escalier”. But one thing we’re great at is thinking deeply. Every person I know who has Mercury in a fixed sign has thoughtful, well-formed opinions. And even more valuable is their measured response to a crisis.

A few years ago, I had a dust-up with a friend. This is exceedingly rare in my life as I tend to keep a small circle of people I trust implicitly. But this friend had what could only be described as a total breakdown, and in the process stole from my family and nearly got everyone into legal trouble due to fabricated accusations. It was horrible. And when my partner asked me what I intended to do about it, I said, “I am going to take time to think deeply.”

My partner rolled his eyes, thinking I was buying time until I could find a justification to let my friend back into our lives without addressing her behavior. But that wasn’t the case at all.

For three weeks, I pondered. I knew that I loved my friend and wanted to extend her grace, especially since mental health was clearly a factor. I also love my family and am as deeply protective of them as any lioness is of her pride. I knew I couldn’t risk putting them in harm’s way again. Finally, after many nights of letting these thoughts percolate, I had a decision.

But I also told her that, in order for her to be a part of my life moving forward, there would need to be a few boundaries. First, I needed her to restore what she had stolen and apologize to my partner, who suffered the most from the loss. I let her know that there may be some awkwardness in the future, and that for a while it would probably be best if we met in spaces other than my home while the dust settled.

I wish I could say it turned out well. Unfortunately, it didn’t. Her response was to say, “Wow, you really give your partner a lot of credit. But you need to accept that he is just collateral damage, and I’m not cleaning that up.”

I was gutted, for sure. But what I also felt was peace. Not because the situation turned out the way I hoped, but because I knew that I had done all the soul-searching possible ahead of time. I was (and years later, still am) completely at peace with the way I handled every single second of that interaction. I had thought it through, deeply and carefully.

And that is the beauty of a fixed Mercury. And it’s something I think the world needs a little more of. Maybe not everything needs an immediate response. Maybe we don’t have to have an opinion about everything. And maybe one thoroughly-considered idea is worth more than ten that came off the cuff. Or maybe not! But what I can say is that these days, when I say I need to think something through, my partner doesn’t roll his eyes. So maybe there’s something to this fixed Mercury thing after all.

What do you think about our culture’s need for immediate communication? Do you have Mercury in a fixed sign?